The CRV 1 was a 4 wheel configuration, with a mass of 8 kg. When upside down the vehicle was designed to slide on ski type structures. The CRV 2 had the same general configuration with the use of some lighter structures. It was 5 cm larger than the CRV 1 and had a real time video transmission to send to a receiver up the hill the picture taken by a context camera (or hazcam) or by the main camera looking at the ground. The mass was increased to 8.5 kg. The CRV 3 is a totally new design based on 2 big wheels. The vehicle rolls on these wheels even when it is upside down. The vehicle mass is 4.075 kg (including the main camera loaded with video tape and battery). Without the video emission box, the mass is reduced by 0.555 kg. The configuration without the emission box was used for missions MDRS 23 and 26. The emission box was on the vehicle during MDRS 39 and 40 but was not used by the crews. Missions MDRS 23, 26, 39 and 40 thus concentrated on mobility demonstrations. The CRV objective for MDRS 43 was the context camera use optimization. In the nominal configuration the context camera located on the vehicle is looking upwards to give the operators information about the obstacles above. This may be useful to ease the vehicle retrieval. Also the upward view may bring information on the ropes situation (entanglement, twists, …). The context camera is linked to the emitter by a long wire. Thus the camera can be installed elsewhere on the vehicle looking to other directions. A small container was also provided since mission MDRS 39 to house this camera somewhere along the ropes for example looking downward to the vehicle from a position located some meters above. The search for an optimum location was one of the CRV MDRS 43 mission objectives. The other one about context camera use optimization, was to see how the information from this camera could be used by the operating astronaut to facilitate the vehicle operations. And naturally mobility demonstrations were also an objective. Particularly as the operating crew member had experimented the CRV 2 during MDRS 7, the CRV 3 could be used on exactly the same locations as the CRV 2 to demonstrate improved mobility (or not). 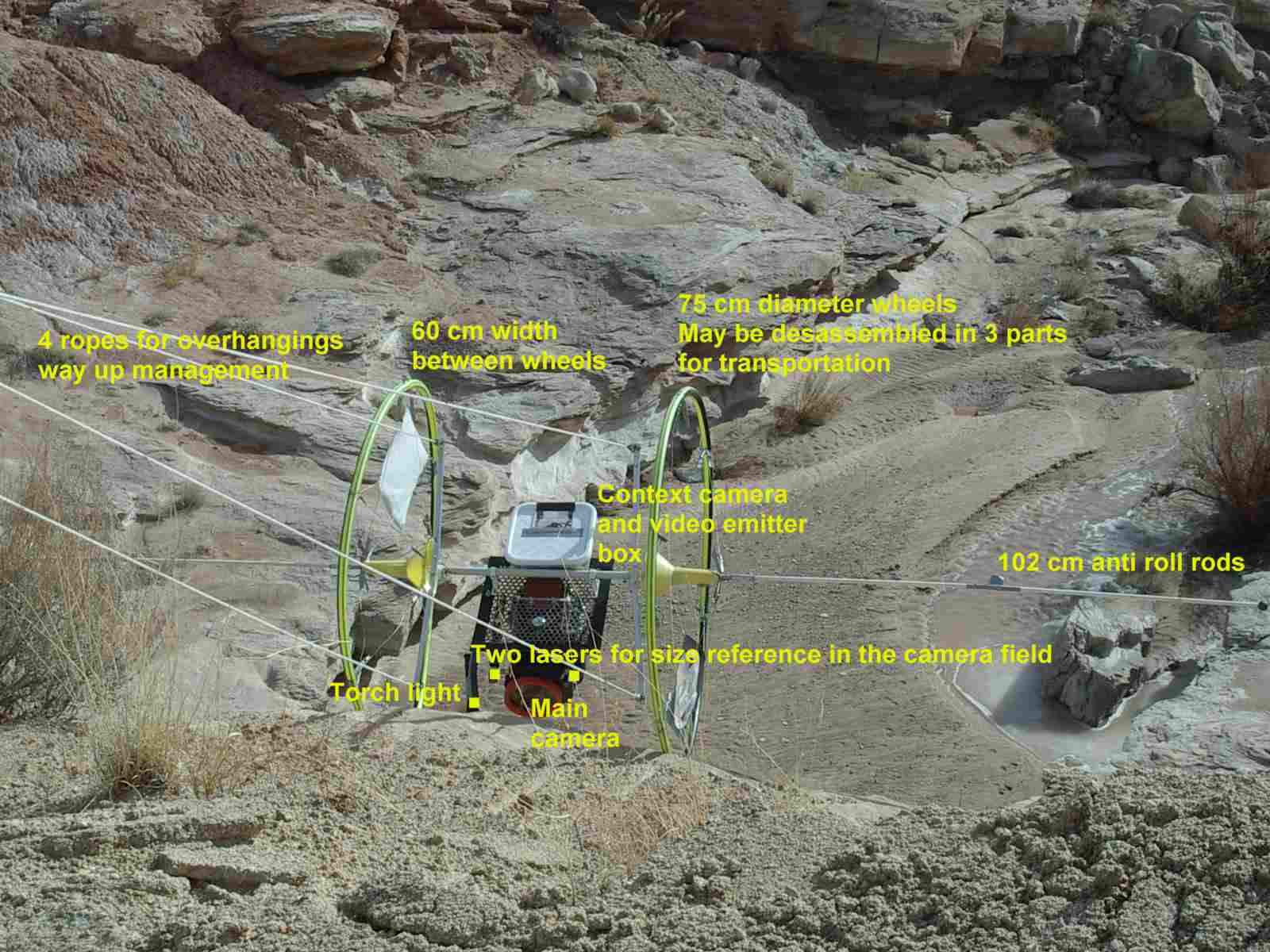 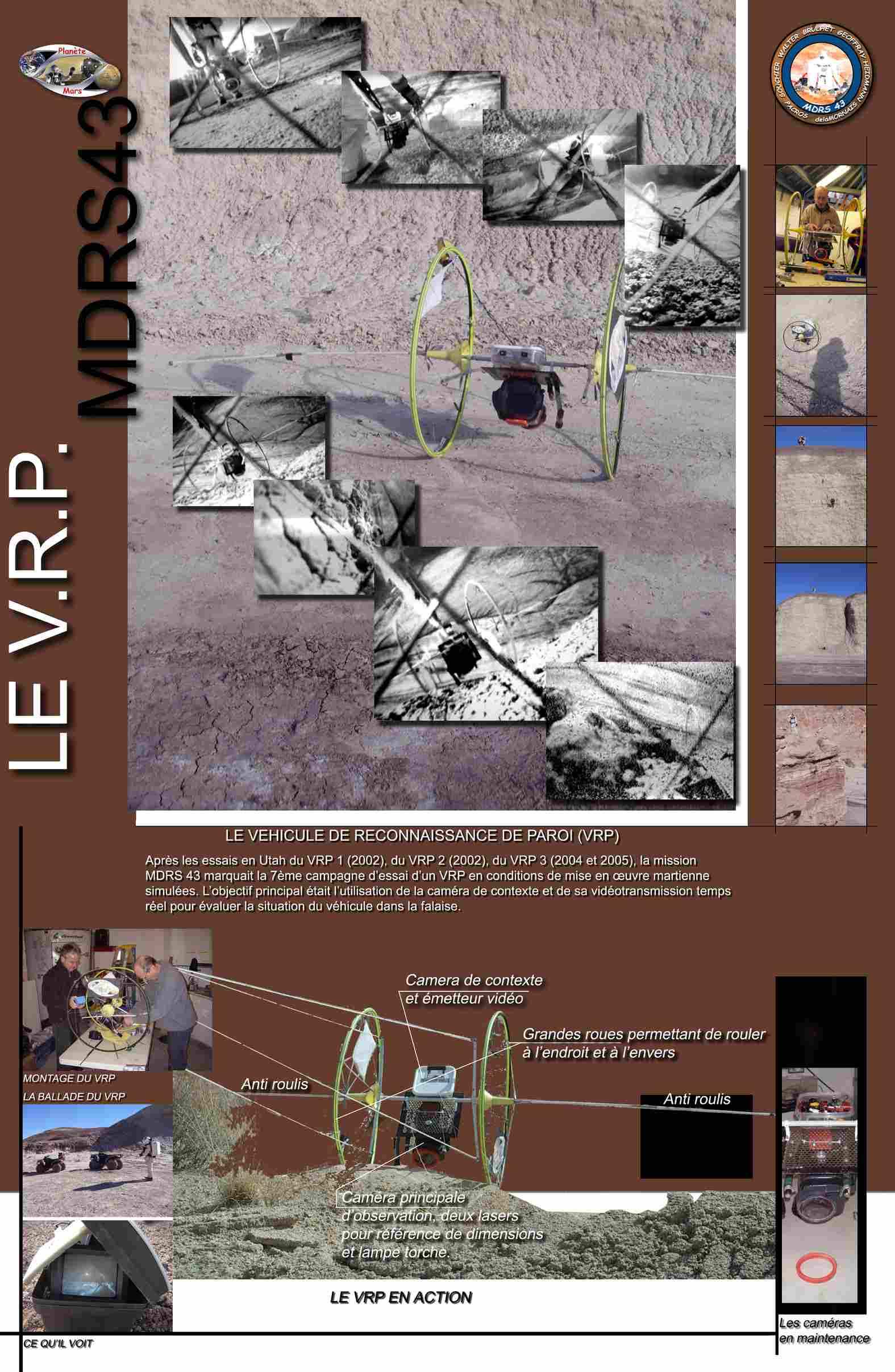 CRV experimentation during the MDRS 43 simulation general presentation (black and white pictures from test 72 on the hill south of the Hab transmitted by the context camera) (doc. APM/O. Walter/P. Brulhet). 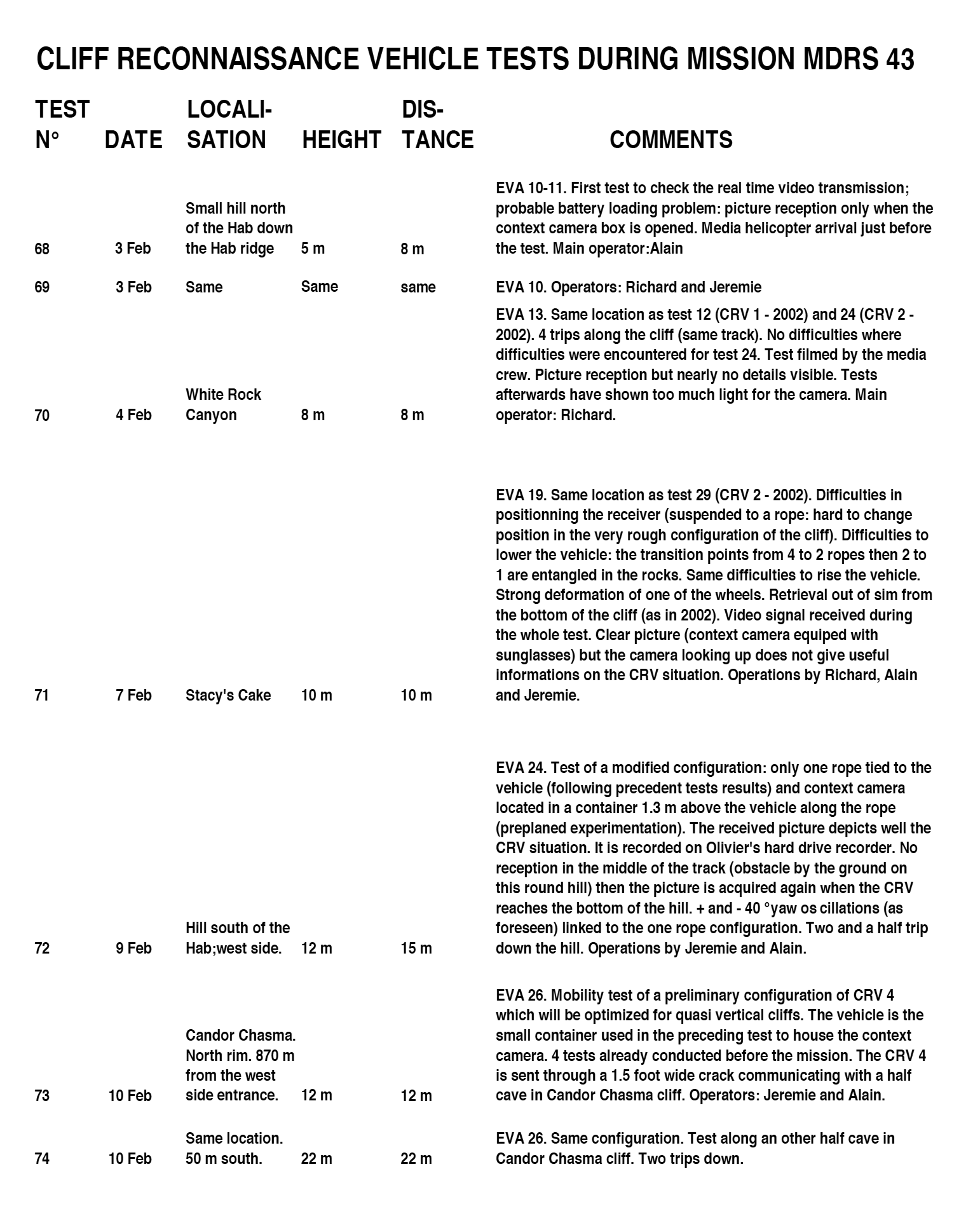 Test objectives in the Dachstein caves

Caves will be an interesting location to explore on Mars because they may have supported life protected from the harsh outside conditions providing also water or at least humidity. Exploration of vertical areas, holes or wells will be difficult with astronauts in space suits and a vehicle such as the CRV will be interesting to conduct the first explorations (camera, measurements) in these dangerous locations. The Dachstein caves operations will be the first occasion in which the vehicle will be used underground.

This website uses cookies to improve your experience while you navigate through the website. Out of these, the cookies that are categorized as necessary are stored on your browser as they are essential for the working of basic functionalities of the website. We also use third-party cookies that help us analyze and understand how you use this website. These cookies will be stored in your browser only with your consent. You also have the option to opt-out of these cookies. But opting out of some of these cookies may affect your browsing experience.
Necessary Toujours activé

Performance cookies are used to understand and analyze the key performance indexes of the website which helps in delivering a better user experience for the visitors.

Analytical cookies are used to understand how visitors interact with the website. These cookies help provide information on metrics the number of visitors, bounce rate, traffic source, etc.

Advertisement cookies are used to provide visitors with relevant ads and marketing campaigns. These cookies track visitors across websites and collect information to provide customized ads.

Other uncategorized cookies are those that are being analyzed and have not been classified into a category as yet.