In September 2015 we issued a second release of our study about what could look like a MCT, taking into account most recent hints from SpaceX, especially its supposed preference for a single core launcher and for a dual launch to LEO (spaceship and refueling tanker).
Unfortunately, this second report, which shows a more convincing configuration than the first one, was published in French only on our website (planete-mars.com). A visitor of the Reddit website issued a translation, but this one was published rather as a forum entry than as a publication.
As numerous English speaking people visited the English part of our website to access the first release of our study (this one having been translated), we propose in this short paper a summary of the conclusions that we reached in this second phase. This synthesis gives:

Feel free to send your comments / questions through our website. 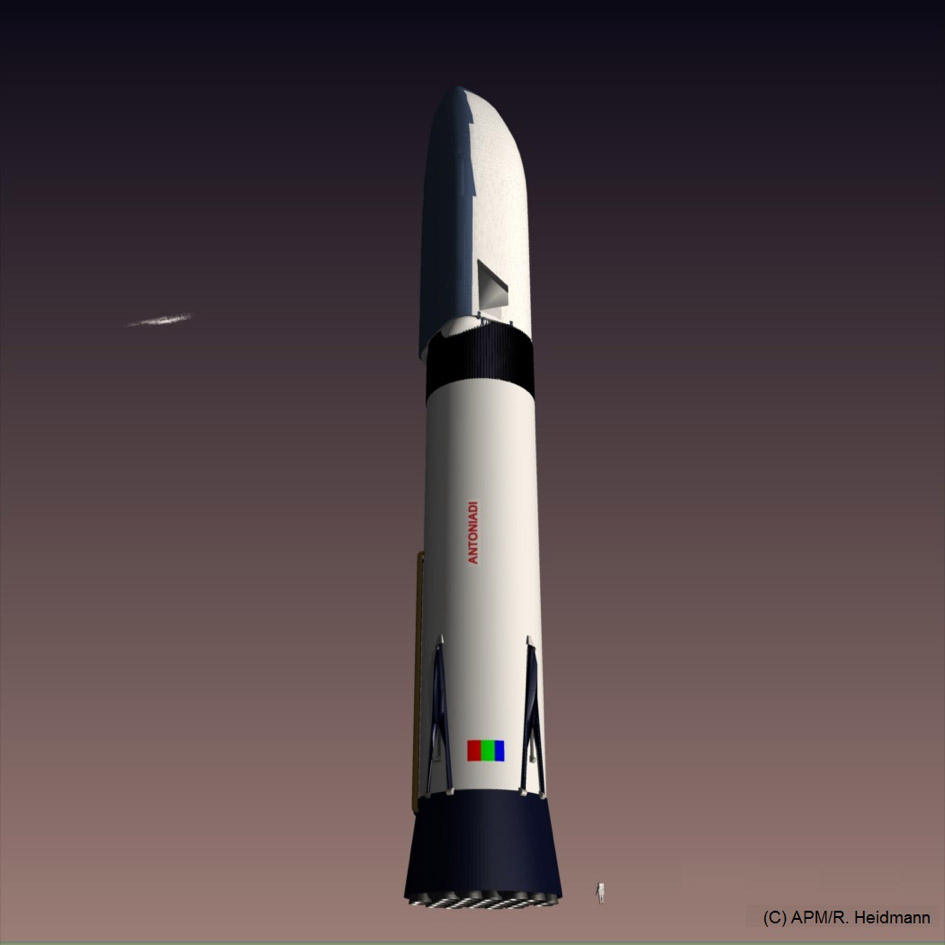 This single stage configuration of the MCT at launch is the simplest we can imagine, but implies a dual launch in order to refuel the Shuttle before TMI. Its dimensions, reduced from those of our first study, are still impressive (7750 mT GLOW, 111 m height) and the propulsion bay sports 31 300T-thrust engines.

Note: the Raptor is said to be scaled at a 230T-thrust level. If this is confirmed, it could mean that the actual launch configuration is different from this one; or will the propulsion bay host an even greater pack of engines? 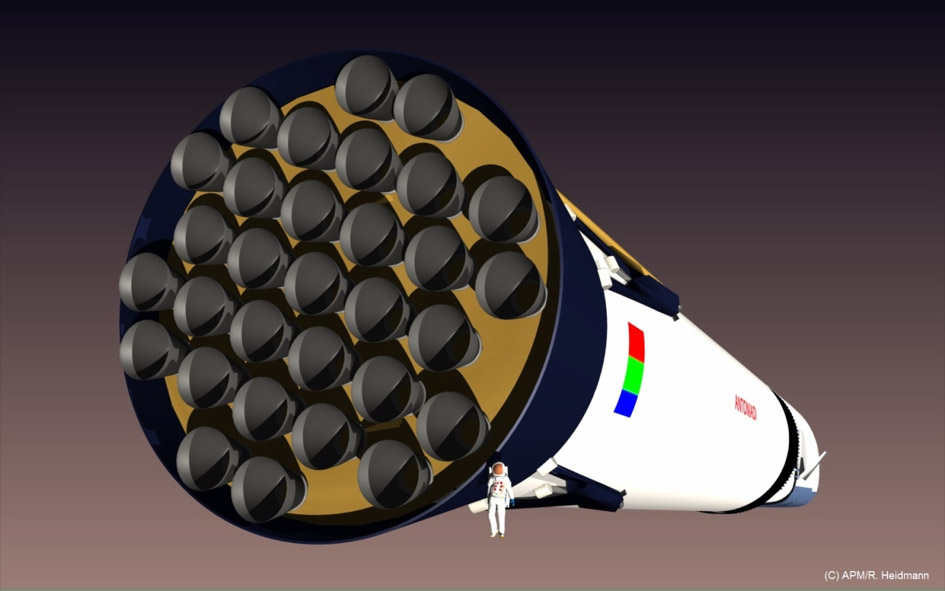 Rear view of the MCT in launch configuration, showing the dense pack of engines. The 12.5m core diameter has to be enlarged to 15m at the base in order to accommodate this pack. 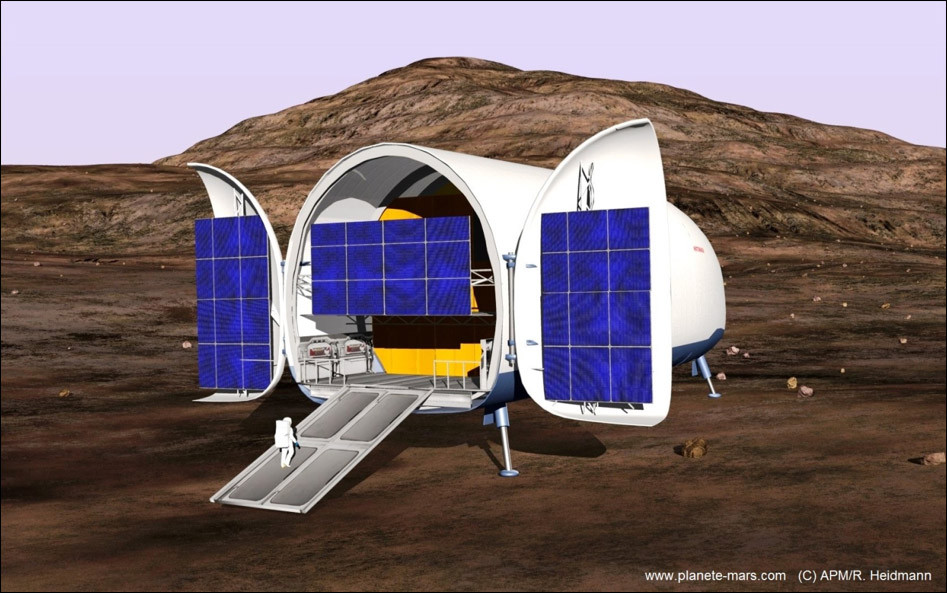 Landed on Mars. Main cargo bay is open, with the unloading ramp deployed. 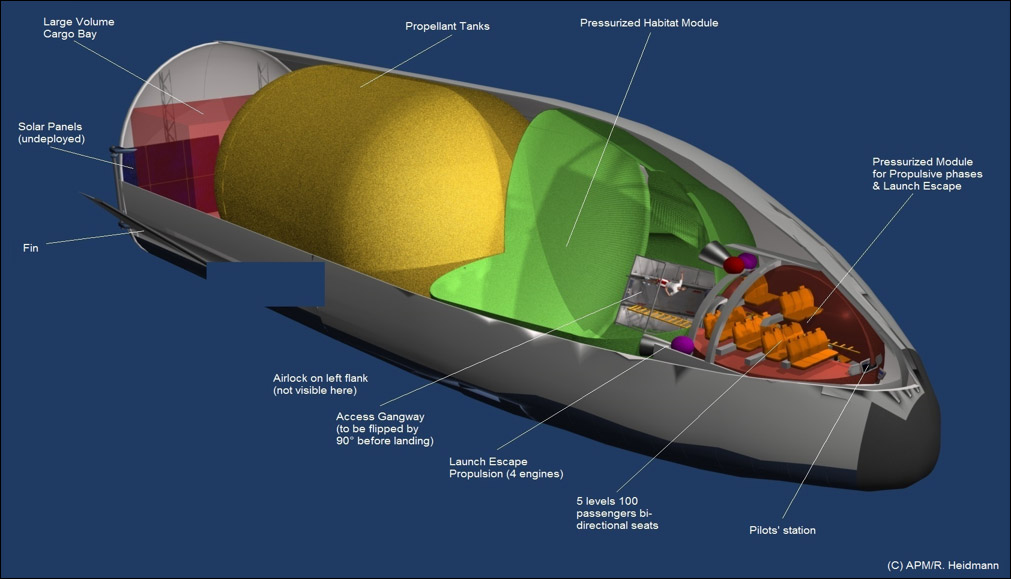 Cutaway view of the Shuttle. Ventral engines are not visible. Note the 100 seats-emergency capsule in the nose of the spaceship. 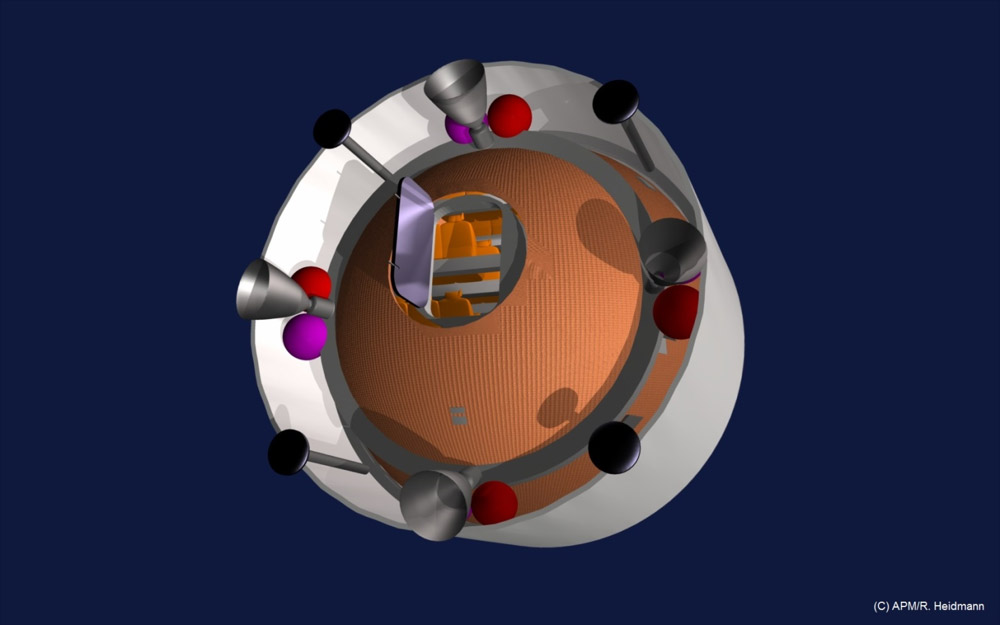