Since end of 2001 Planète Mars association has experimented a vehicle intended to send instrumentation along slopes or cliffs which would not be safely accessible to an explorer in spacesuit.

As for April 2016 the total number of tests cumulated on different vehicles configuration since 2001 has reached 123. These tests had the following objectives:

The vehicle has been designated “Cliff Reconnaissance Vehicle” or CRV, often referred as “Cliffbot”.

The tests have been conducted by operators either “out of sim “ or “in sim” using an analog space suit. The “in sim” tests were conducted in Utah around the MDRS Mars Society simulation facility, in an ice cave in Austria, in Morocco and on a rocky glacier in Austria, those last three simulations being organized by the Austrian Space Forum ÖWF. 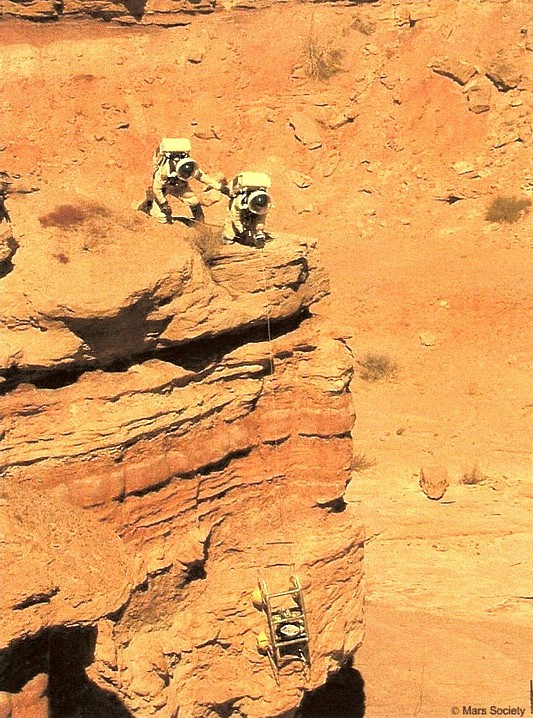 Test of a CRV first configuration during the MDRS 2 simulation in Utah in 2002 (doc. MDRS 2/ G. Dawidowicz) 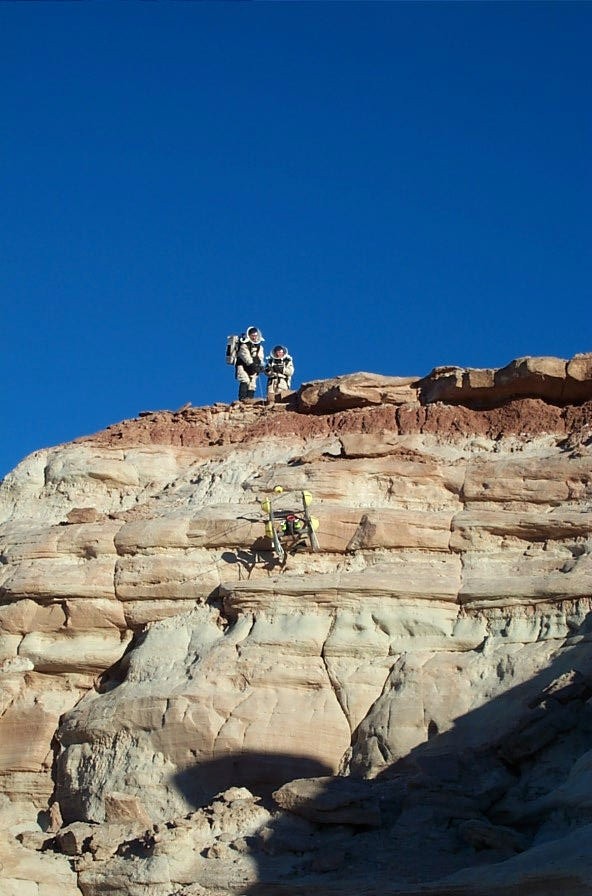 Test end of 2002 around the Mars Society MDRS facility in Utah (doc. MDRS 7) 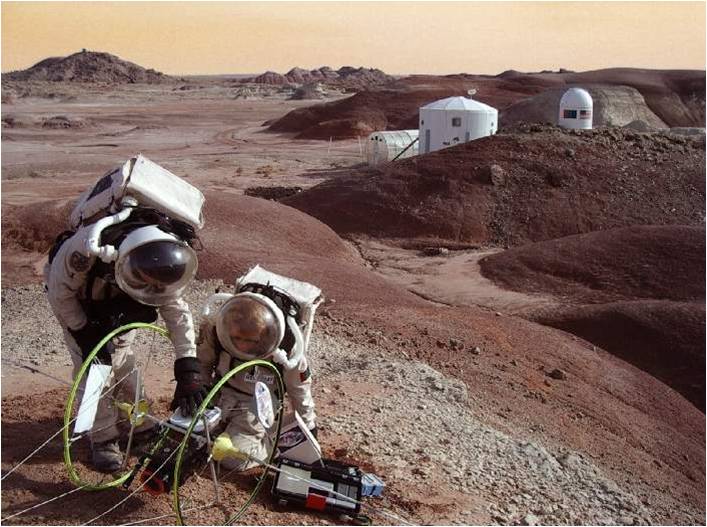 Cliffbot test preparation close to the MDRS facility in 2006 during the MDRS 43 simulation. A full report on the simulation including the cliffbot results is available. (Doc. MDRS 43) 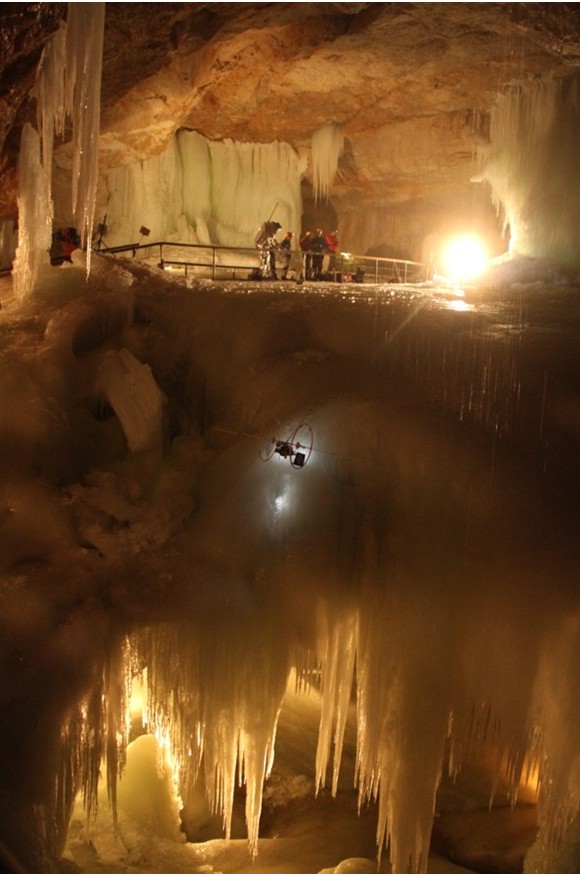 Test in the Dachstein ice cave in 2012 by an ÖWF operator in the Aouda analog spacesuit. Two reports on the testing results are available: 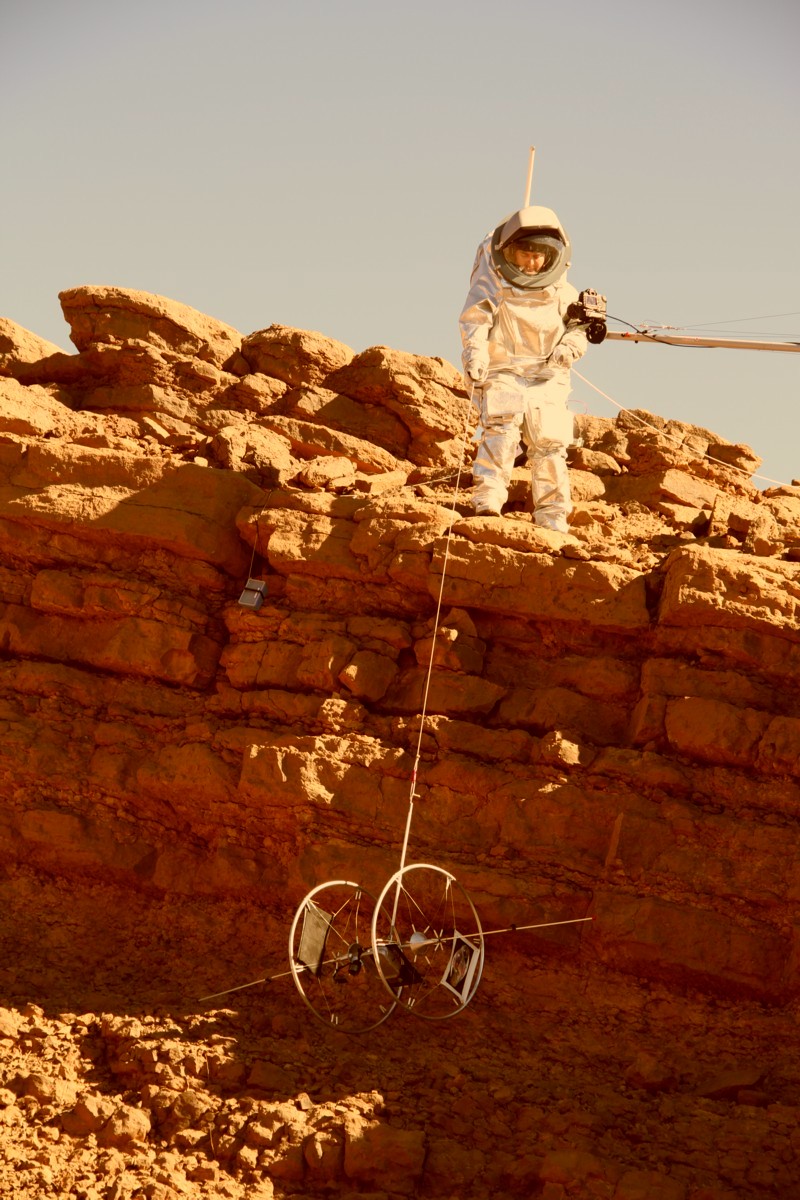 Test in Morocco by an ÖWF operator in Aouda spacesuit in the Erfoud Kess Kess area in 2013. Two reports on the testing results are available:

The last document summarizes also the full history of the vehicle development including its successive configurations. The ÖWF Morocco simulation results were also presented in the May 2014 volume 15 issue 5 of Astrobiology including the CRV tests results and development history. (Doc. A. Souchier) 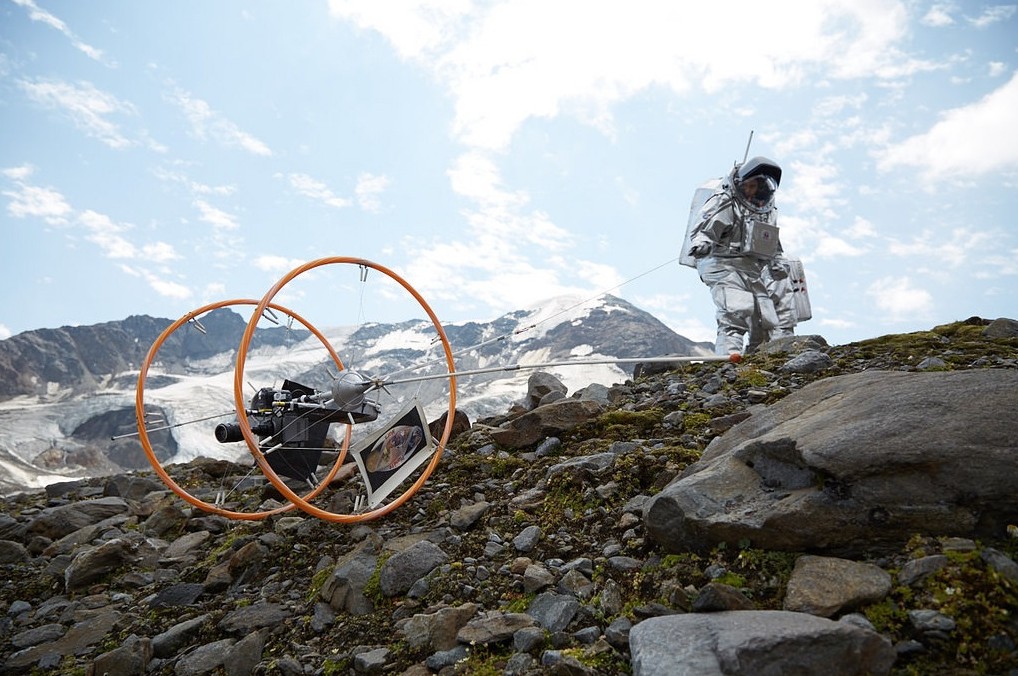 Test by an ÖWF operator on a rocky glacier in the Kaunertal area in 2015. The tests results are presented in the following document:

During the  2015 simulation a balloon carried camera was also experimented as was the case in the MDRS 43 simulation (see MDRS 43 mission report). The tests results are presented in the following document: