Exploration of the Martian caves will be interesting to look for traces of organic molecules preserved from the ultraviolet and cosmic rays that destroy them in surface up to 1 m deep. And we cannot totally rule out the idea of ​​finding extremophile organisms still alive especially in or near ice. Lava tubes and chasms of volcanic origin of a respectable size (300 m in diameter and 160 m in depth) were detected on Mars without, of course, any knowledge of the underground extensions of these structures. In order to work on this type of exploration, the Austrian ÖWF organized 4 days of simulation and experiments in the Dachstein ice cave in Austria in the Salzburg region in 2012.

A visit to the Petit-Dales cave in Normandy in August 2014 revealed that it could lend itself to a scenario of exploration of a lava tube, although it is geologically an old underground river . Thanks to the kindness of Jean-Pierre Viard, caving team leader who cleared the cave for decades, a “Planète Mars” team and two video teams were able to access the cave on May 28th 2016 for an exploration simulation of Martian cave.

A 10-minute summary video from Jonathan Barbier, an association member, and the Gargouille Productions team is available below: 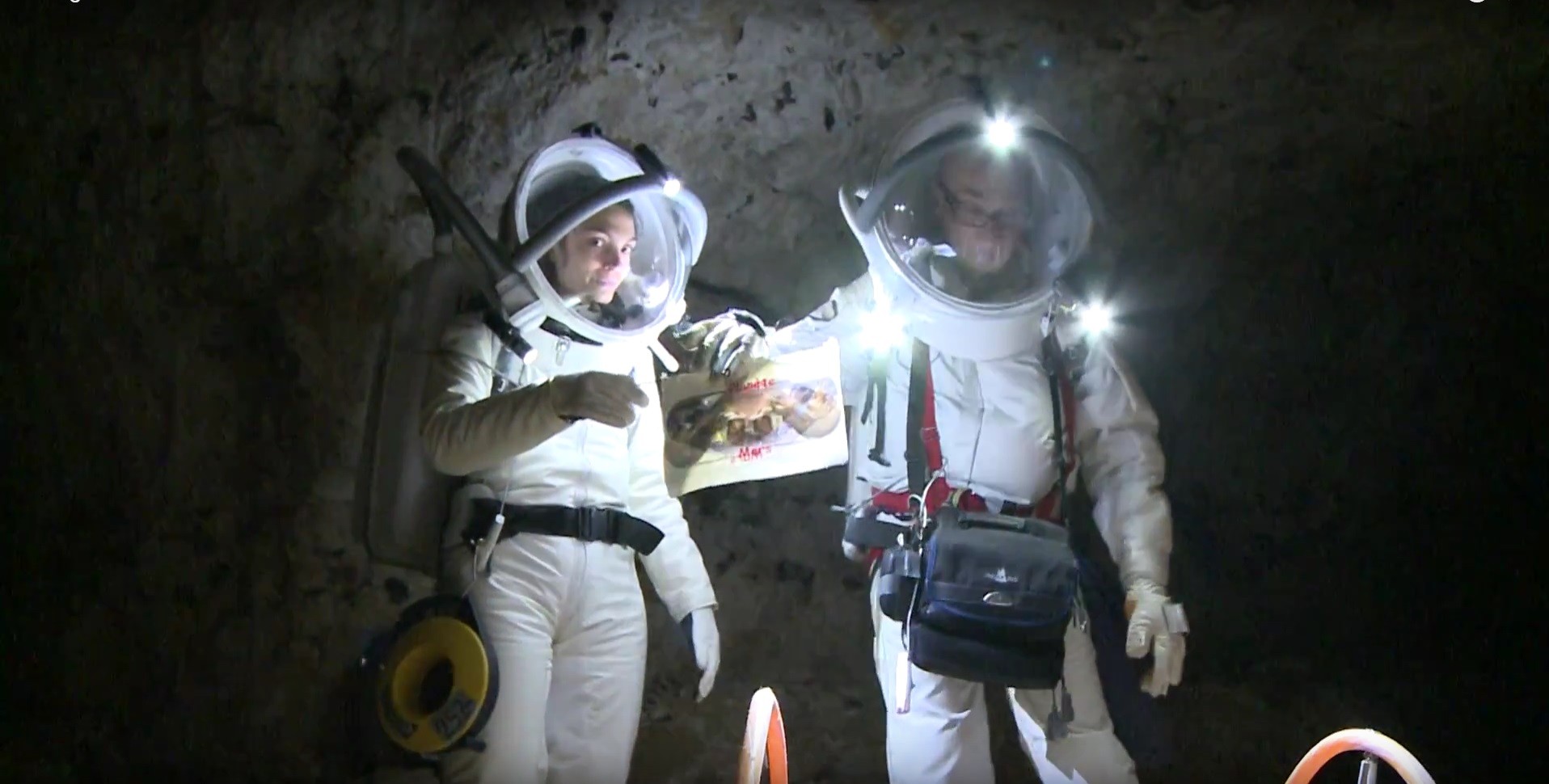 Lucie Poulet and Alain Souchier at the beginning of the simulation on May 28 (doc. J. Barbier / I. Ebran / Gargouille Productions) 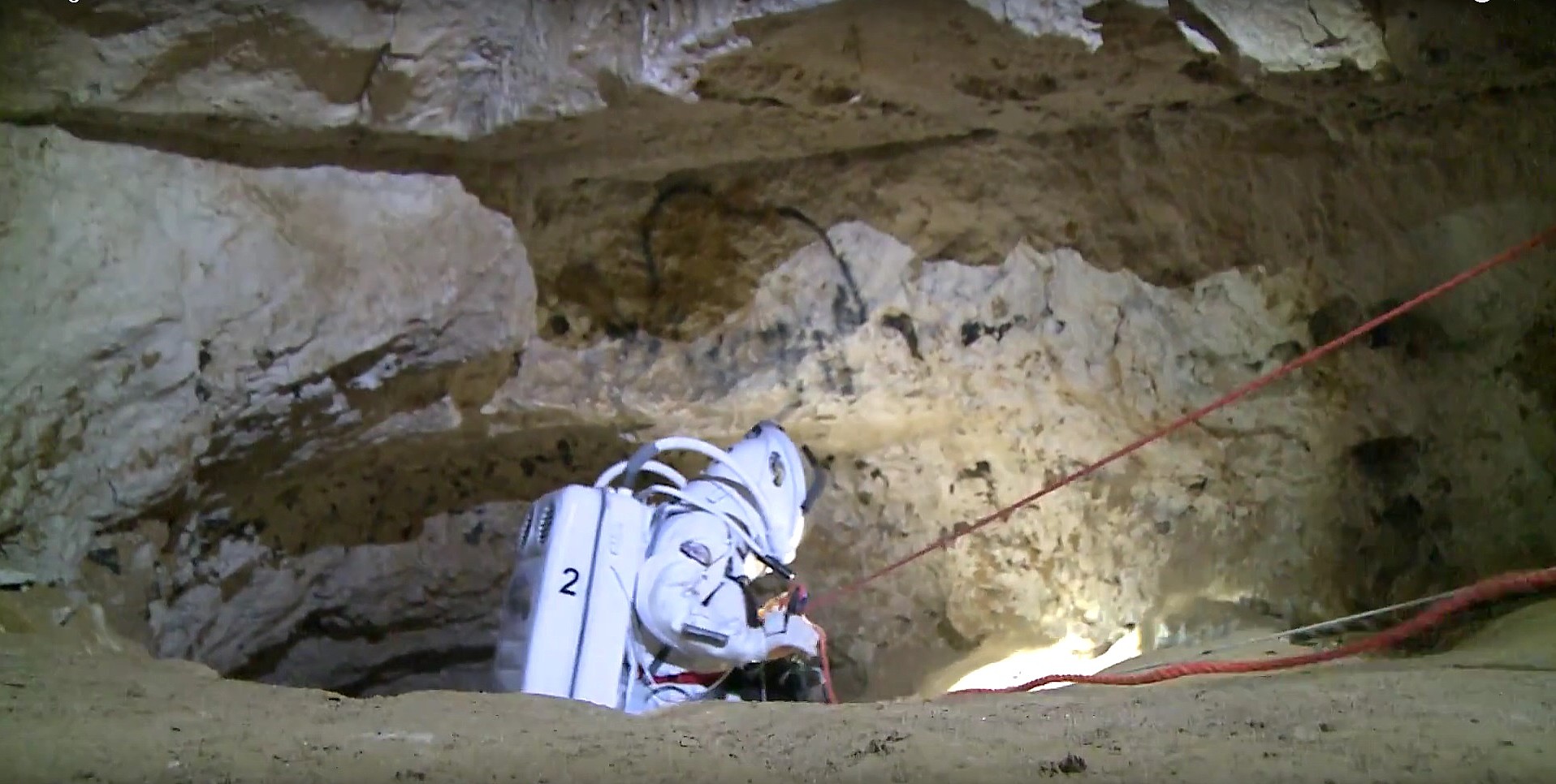 Exploration of a sloping gallery after scouting by the association Cliff Reconnaissance Vehicle (doc. J. Barbier / I. Ebran / Gargouille Productions) 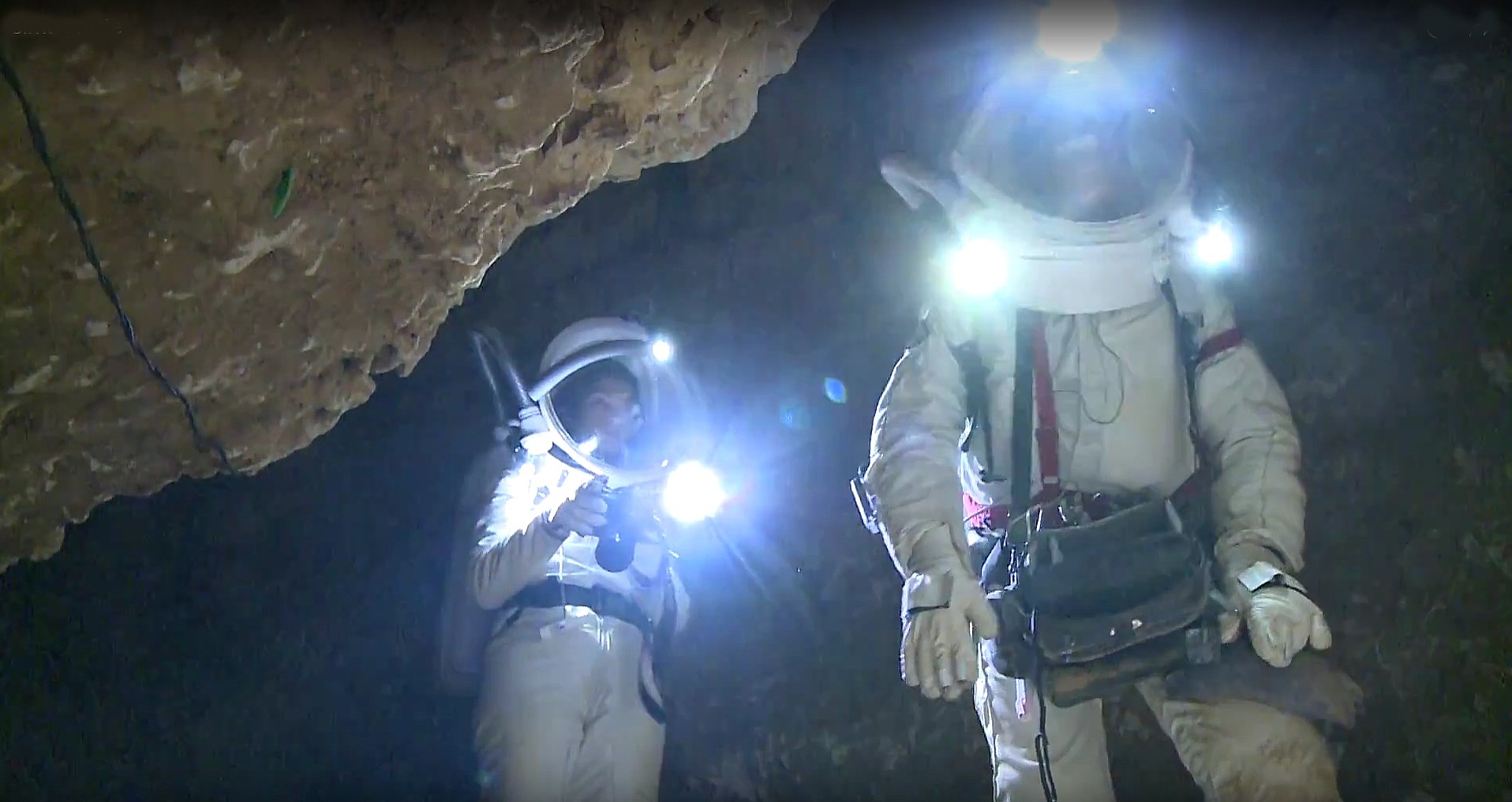 -Simplified measurements of the dimensions of the cave (length of the portions of rectilinear corridors, angle of these portions between them)

But the objective was also to check the behavior of the simulation spacesuits and the various equipment under conditions more difficult than a simulated EVA in the open air.

Some examples of the results obtained are presented below. 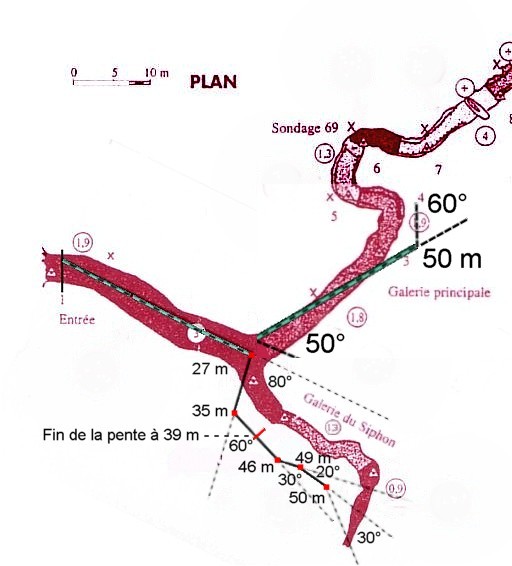 Some of the cartographic results (doc. JP Viard / APM)

Use of the association Cliff Reconnaissance Vehicle for a preliminary reconnaissance of a sloping corridor (doc. APM)

Descent in spacesuit  with rope and descender (doc. APM)

Crawling in a spacesuit? May be not in the first expeditions but already on the Moon the astronauts subjected their spacesuits to severe tests with numerous falls (doc. J. Barbier / I / Ebran / Gargouille Productions / APM / NASA)

A very detailed account of the operations and the lessons learned can be found in the following document:

Video reports on the Grotte des Petites-Dales are available here: