After stopping for a long time in the last line of dunes which separates it from the “hematite country”, in particular to study the surroundings of the Ireson hill and to study the dune itself, Curiosity is progressing now in a passage with a not too loose ground which will allow the rover to cross the obstacle. 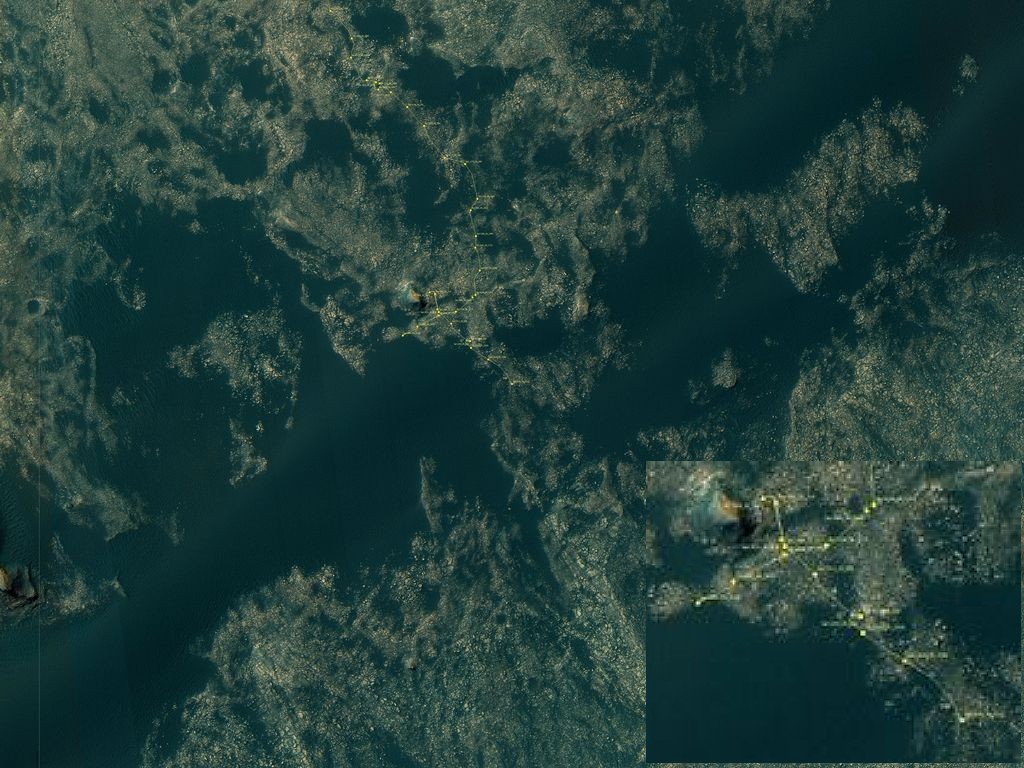 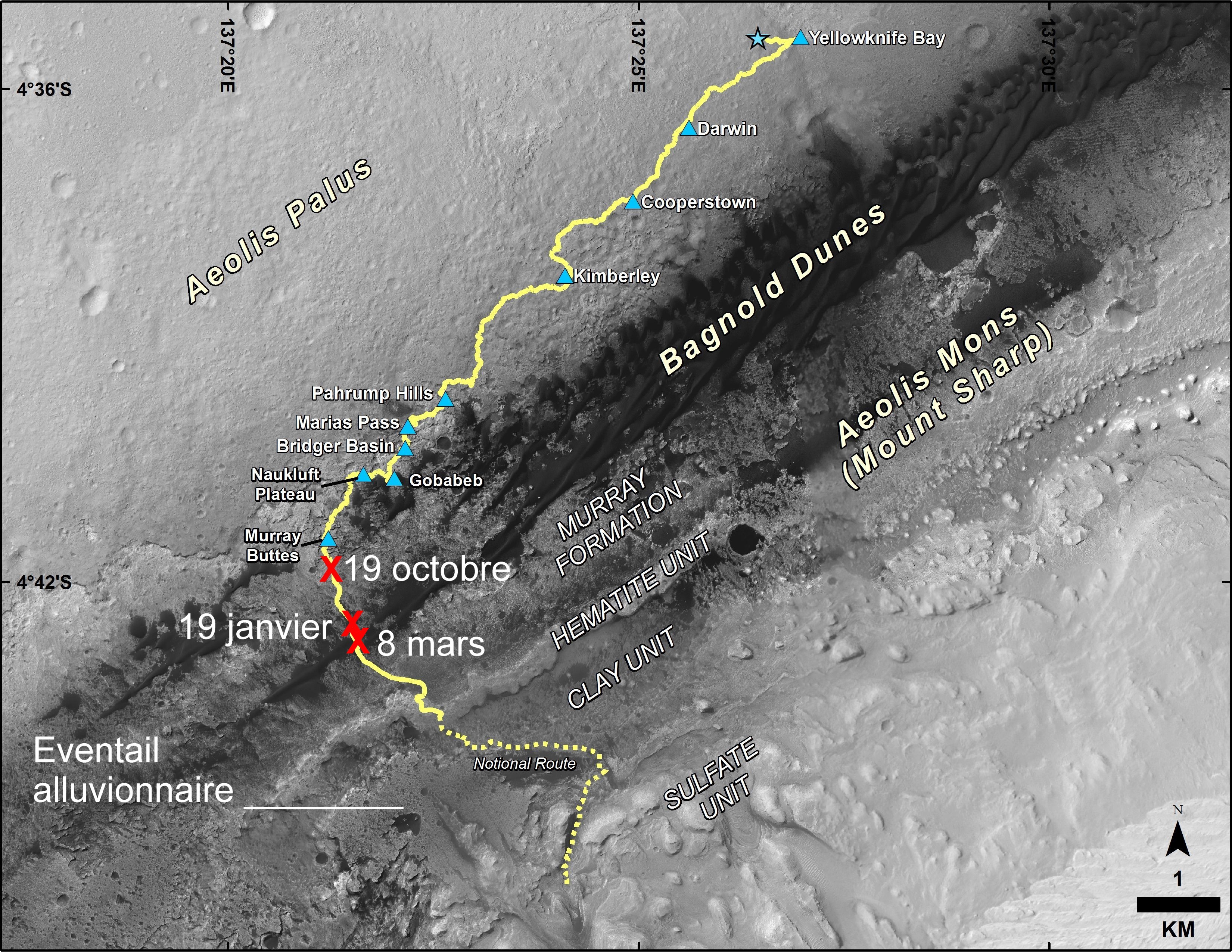 Curiosity location on March 8. In front of Curiosity, on its planned road, a zone with hematite, then with clays and the alluvial delta of the valley that descends from Mount Sharp. (Doc.NASA / JPL-Caltech / Univ.of Arizona / APM) 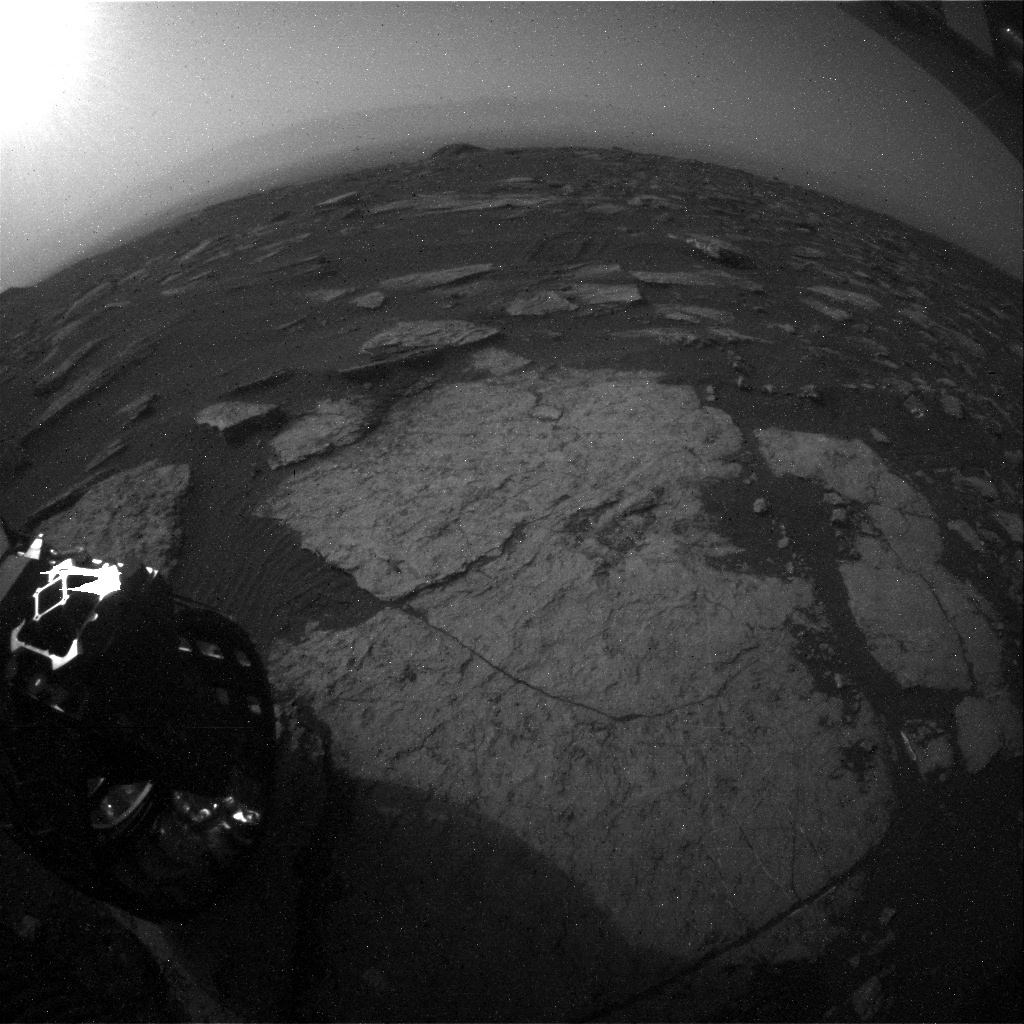 A back Hazcam view on sol 1630, March 8, showing Ireson hill moving away. In the background the ramparts of the Gale crater at 30 km. ( Doc. NASA / JPL-Caltech) 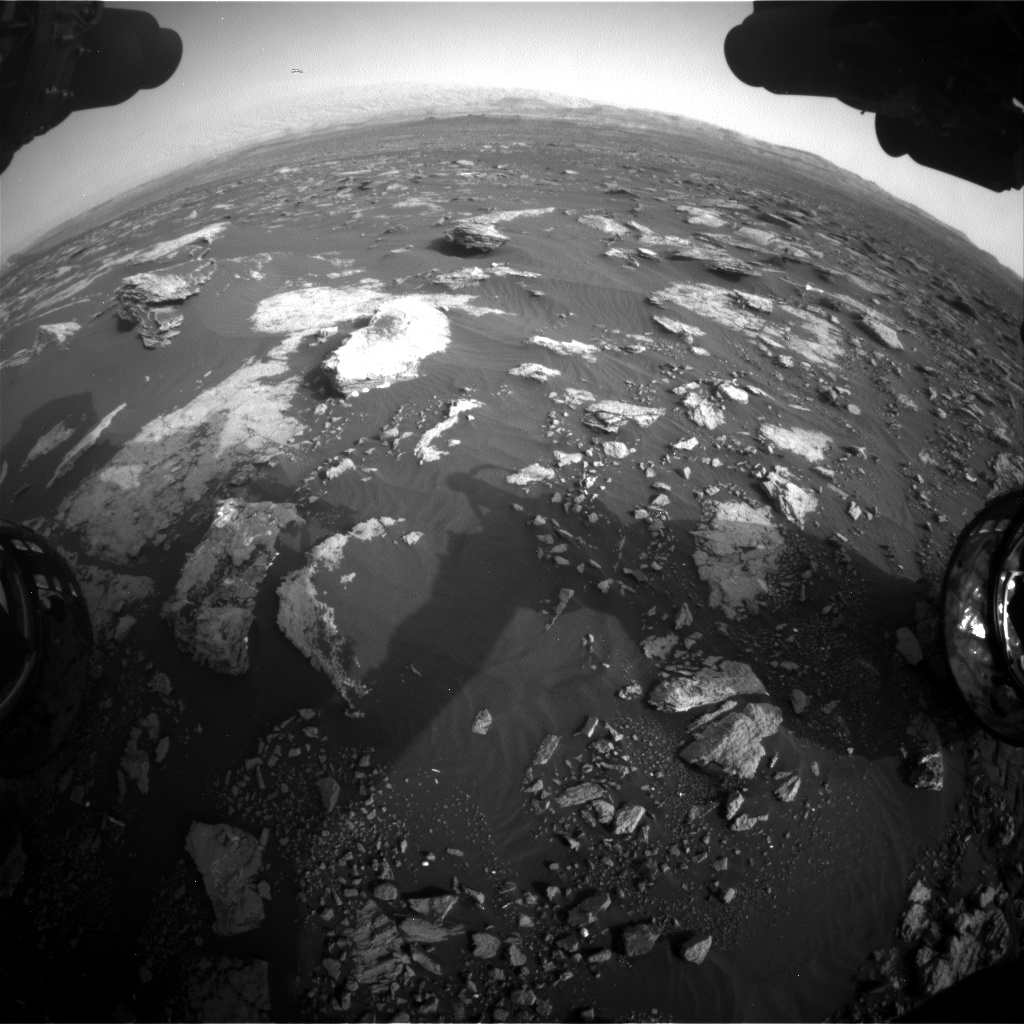 Still a small area mid dune mid rocky strata to cross before reaching the hematite country. The goal is straight ahead, at the foot of Mount Sharp. Image of the Front Hazcam taken on March 8. (NASA / JPL-Caltech)

A panorama of Navcam images over 180 ° taken on 8 March. The Ireson hill is located right in the RTG. Mount Sharp is in the middle a little to the left. (NASA / JPL-Caltech / APM Assembly) 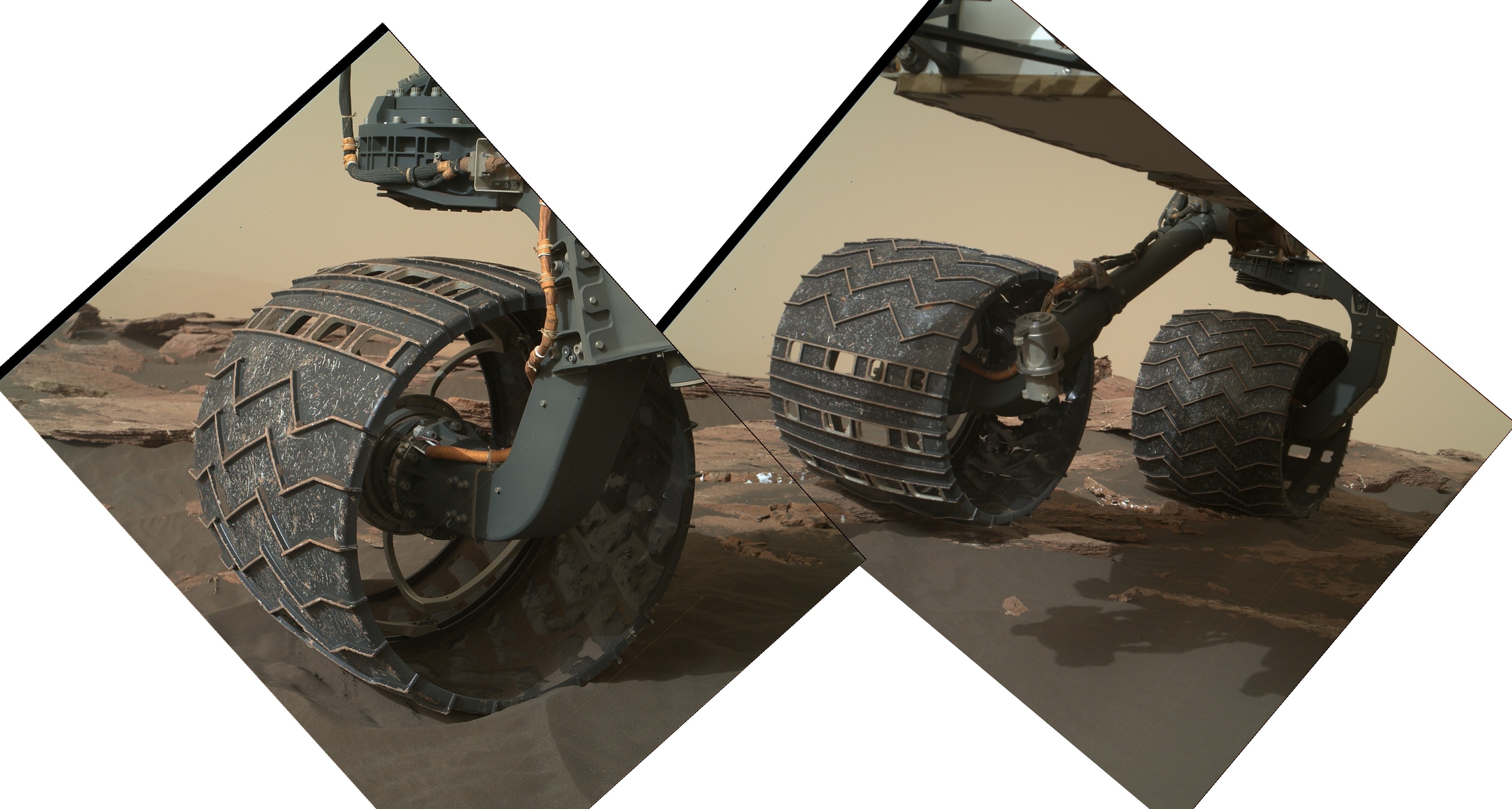 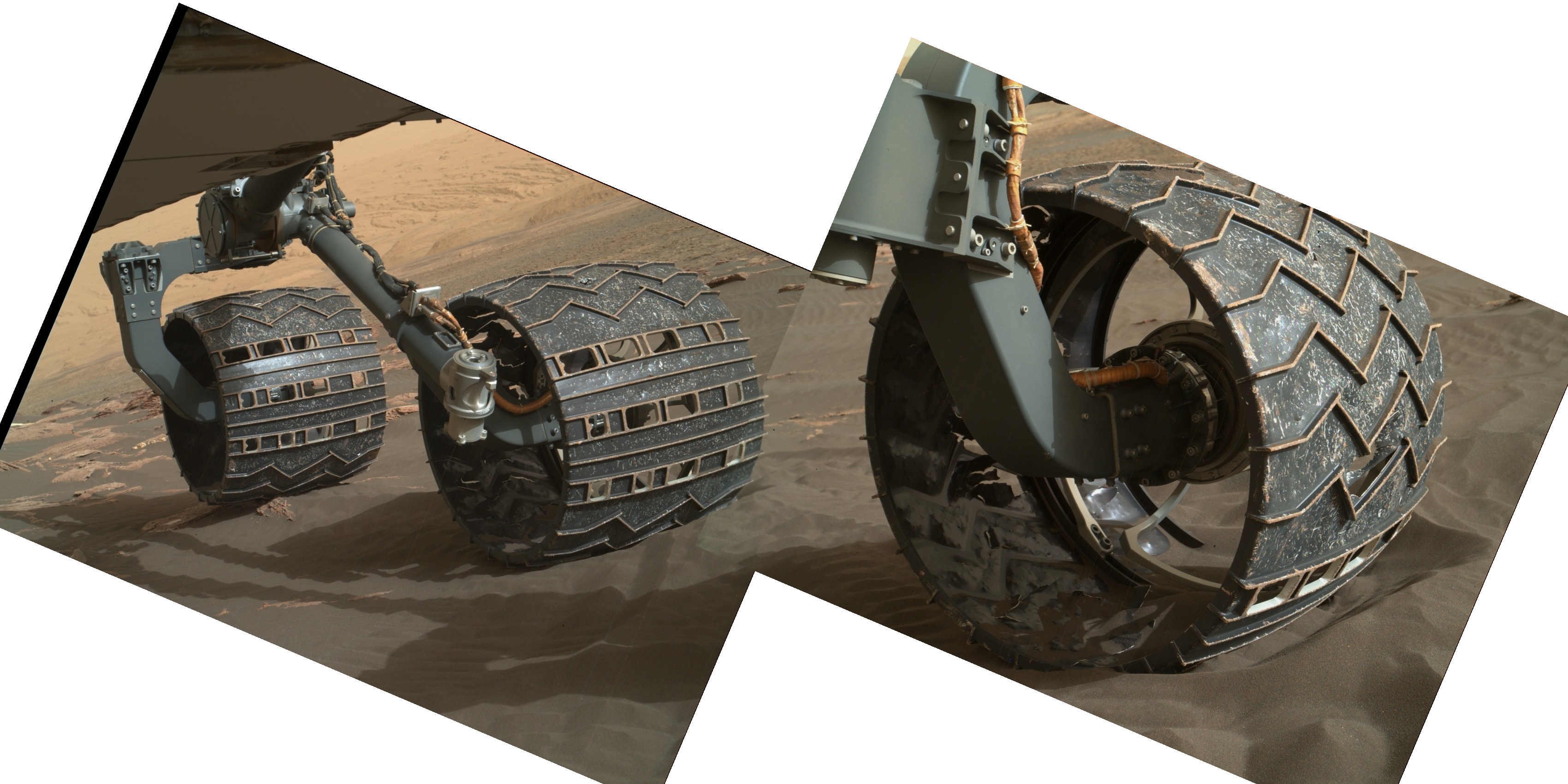 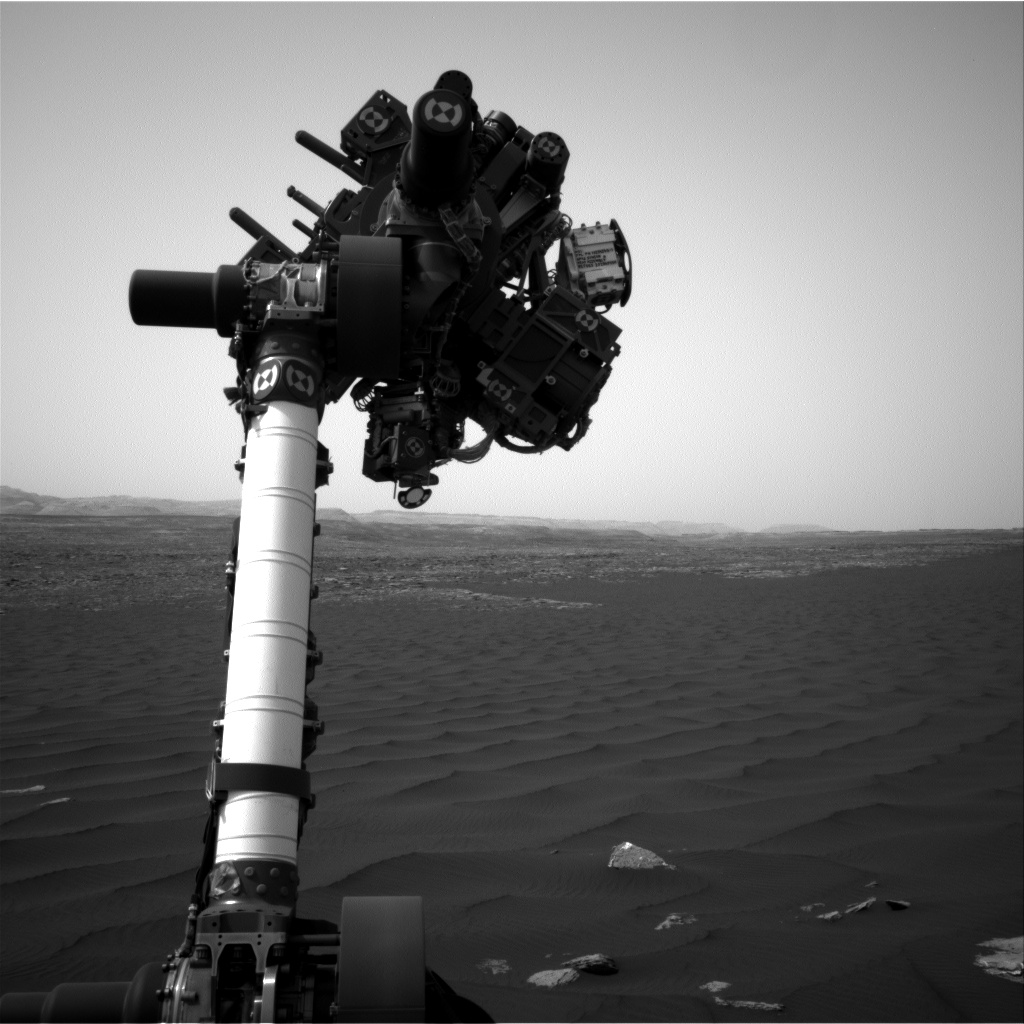 The remote manipulator arm on March the 3rd, while Curiosity was close the western dune (Doc. NASA / JPL-Caltech) 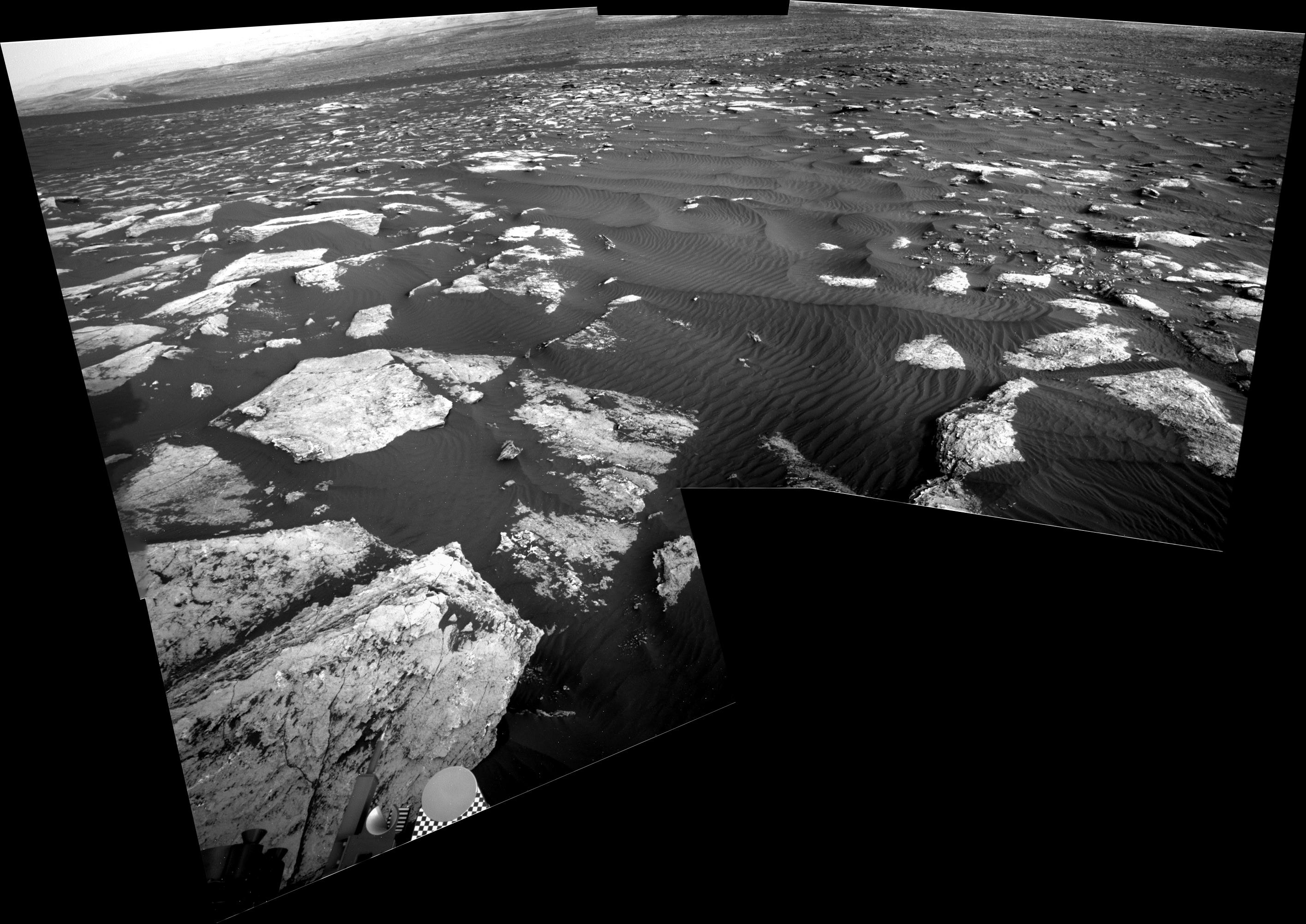 par Alain Souchier le 8 avril 2017
Exploration of the Martian caves will be interesting to look for traces of organic molecules preserved from the ultraviolet and cosmic rays that destroy them in surface up to 1 m deep. And we cannot totally rule out [...]

par Richard Heidmann le 6 novembre 2016
Article by Richard Heidmann, Association Planète Mars vice president – English translation by Etienne Martinache. After having analyzed the targets assigned by SpaceX to its project of an Earth-Mars [...]

An economic model for a martian colony of a thousand people