We determined that the required performance for LEO should be 631 tons, knowing that we planned to oversize the shuttle tanks in order to assign them the final part of the insertion into Earth orbit, for the reasons above mentioned. On this basis we sought to optimize a two-stage launcher, with Raptor engines, fully reusable. Parameters are:

For the first stage, we considered the specific impulse made public for the ground adapted version of the Raptor (321 s at sea level and 363 s in vacuum), estimating, from an approximate trajectory computation (tilting in “gravity turn”, “flat Earth”), that we could get an average Isp of 352 s for the first stage. This computation also allowed us to confirm the orders of magnitude found in the literature for the loss incurred by a launcher taking off at the low load factor of 1.2 g (Saturn 5, Falcon 9). We have thus been led to adopt a value of 1.1 km/s, net of the gain from Earth rotation.

For the second stage, as well as for the shuttle engines, we assumed an adaptation to vacuum, allowing an Isp of 380 s (the Russians got 386 s with similar engines). In the case of the shuttle, this would be achieved by deploying an extension of the divergent in carbon-carbon (analogous to what is made on the RL-10). Elements of the simplified computation for estimating the average Isp of the 1st stage and losses by gravity.

On this basis, computation shows that achieving a 631 ton performance requires to muscle the launcher until reaching the huge value of 13,700 tons of takeoff mass, implying a first stage with a propulsion bay garnished with 61 Raptor engines deploying a thrust on the ground of 270 tons (in order to reach 1.2g)!

To accommodate sixty engines, a 20 m diameter propulsion bay is required. There is a provision of hexagonal symmetry allowing lodging 61 motors of the (assumed) size of Raptor 270 T. This bay would be connected to a stage of 17.5 m diameter (same as for the Soviet lunar “N1”).

The computation values of the propulsive characteristics of the giant appear in the following table. 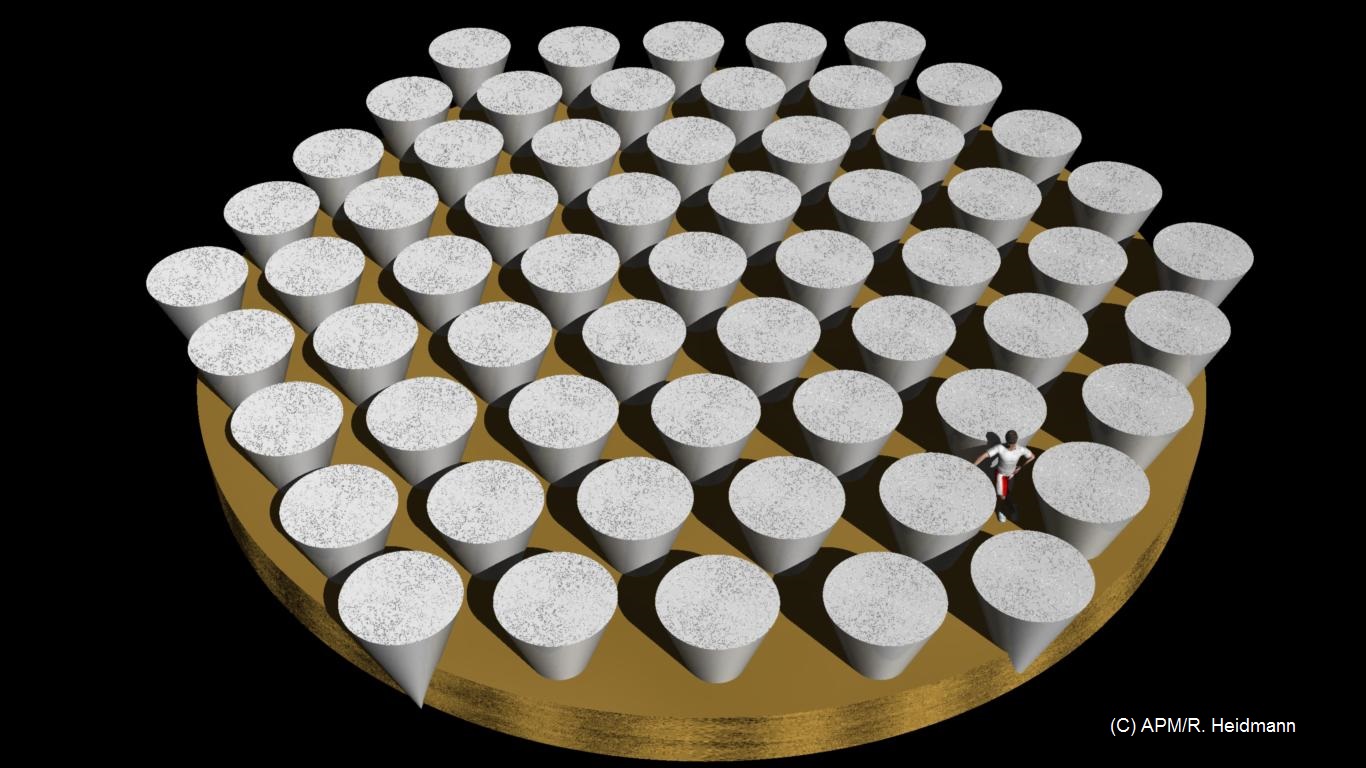 What the propulsion bay of a single core reusable MCT launcher should look like!

The launcher should have the main dimensional specifications appearing in the following table: 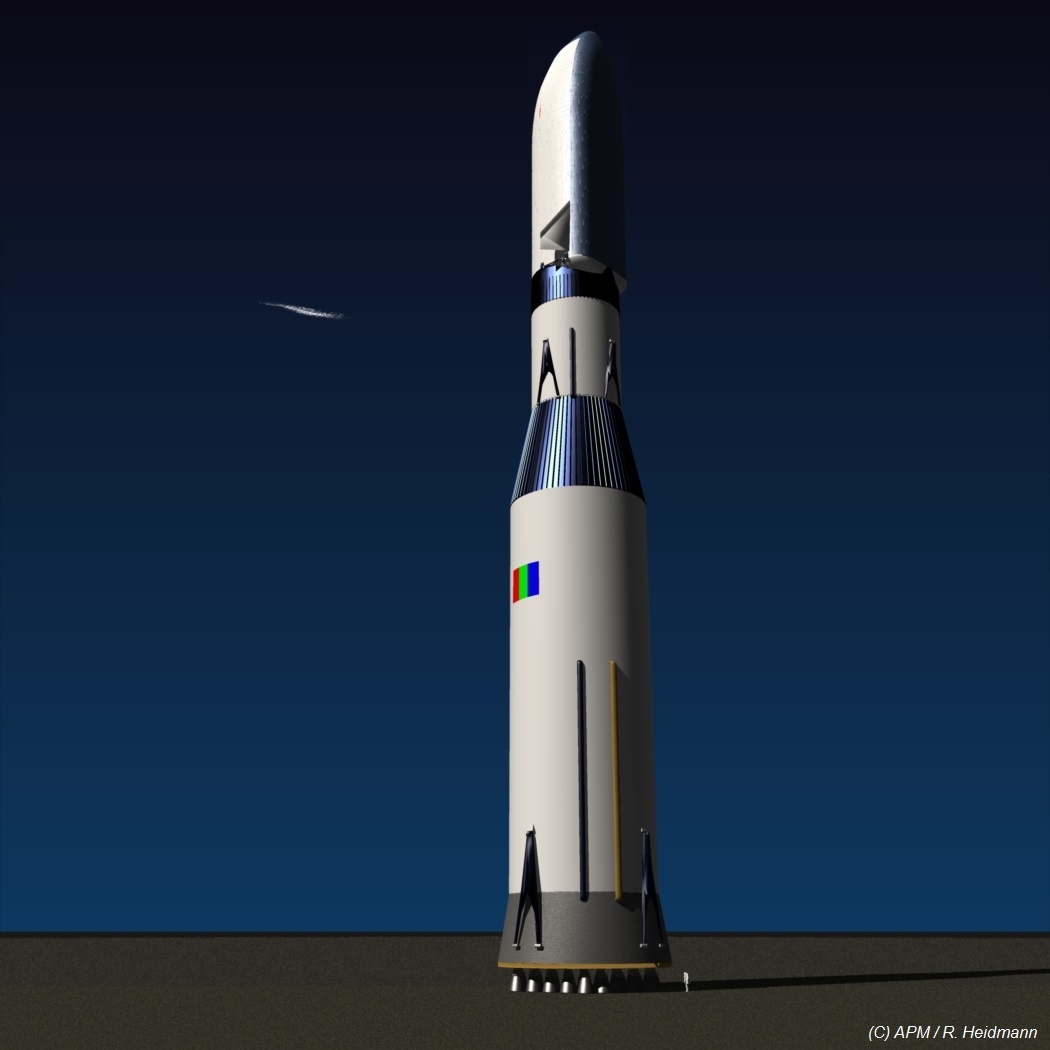 Such a gigantism may raise doubts regarding the industrial and operational feasibility of the concept, even though the Soviets ventured on that scale level with their “N1” (17 m diameter at the base, 30 engines on the first stage, but “only” 2,700 tons at takeoff). The issue is not the technical feasibility, it is the cost of investments required to work on this scale in terms of production tools (eg tanks welding machine), of testing means capable of bearing such thrust (and noise!) level and also of development costs.

Therefore, although Elon Musk indicated a preference for this type of launch vehicle architecture, we chose to consider what a multi core concept (Falcon Heavy style) could lead to. 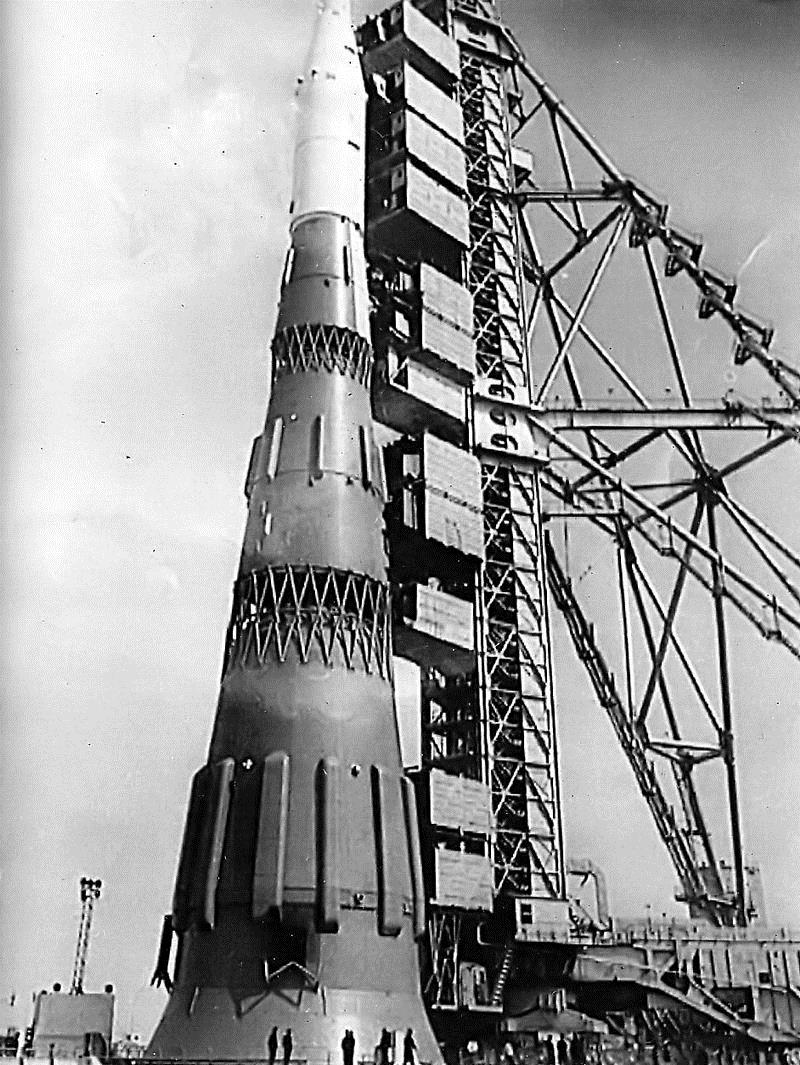