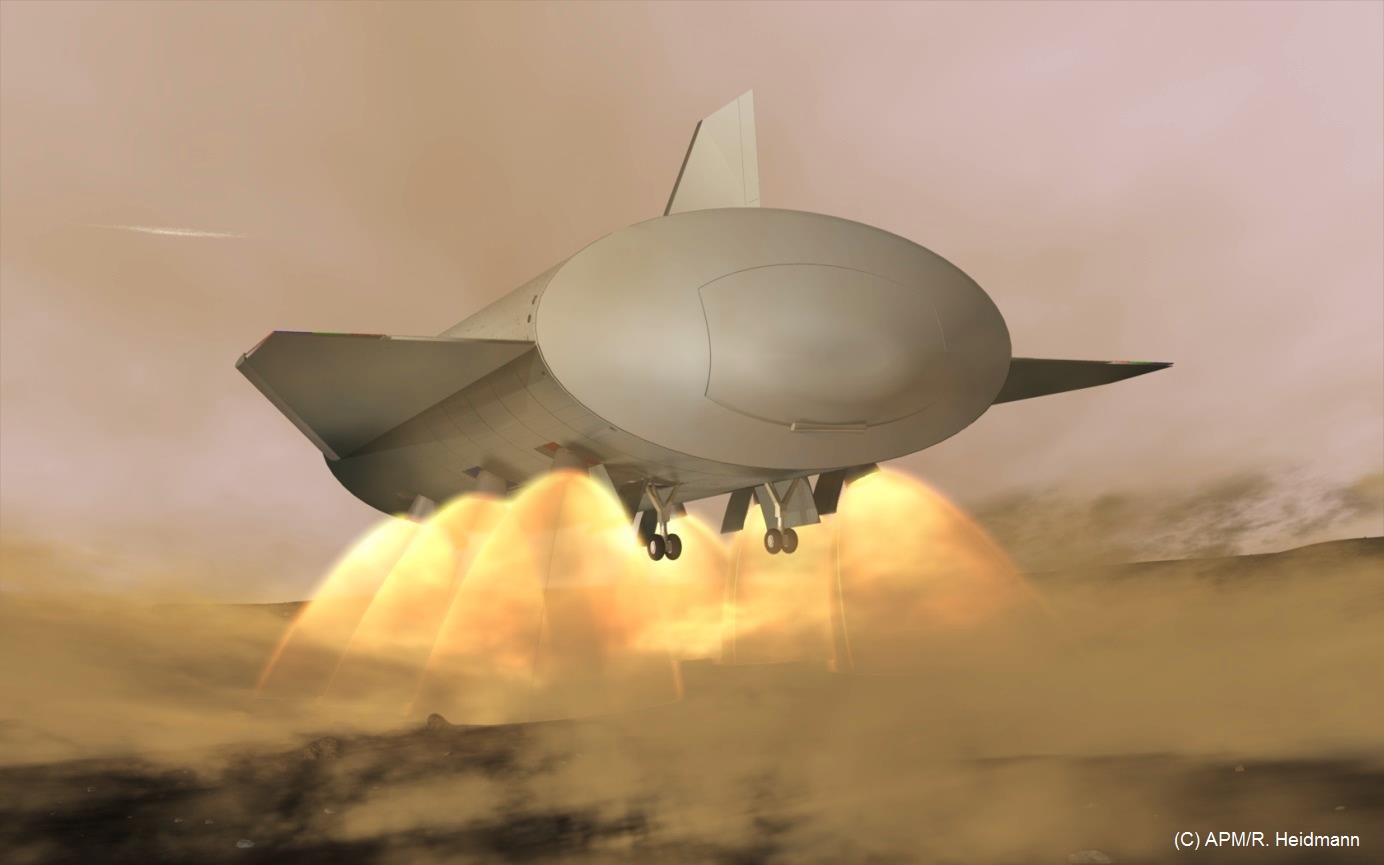 This study leads to consider that the cogitation of SpaceX on its MCT project, at least on the basis of the hints -as of today- that allow proposing some hypothesis, has not yet reached such maturity as to allow giving full consistency and ensuring technical feasibility to the concept. Some key observations underline this situation.

Firstly, the preference for a single core launcher presents severe limitations in terms of relaxation of the conditions of the atmospheric braking of the shuttle likely to lead to a truly reusable thermal protection solution; does SpaceX master some advanced TP technology allowing to bear these conditions? Or would they consider a deployable shuttle airfoil? It is true that this configuration may prevail for the mere sake of simplicity with respect to architectural, structural and aerodynamic design as well as for the sake of implementation.

Secondly, given the difficulty to imagine a launcher of more than 60 Raptors at takeoff, our estimates show that the objective of a 100 ton payload on Mars appear hard to reach, unless additional innovations. Indeed, even under the most favorable operating conditions (Mars at perihelion upon arrival, Hohmann transfer) and with rather optimistic technical characteristics (structural indices, propellant percentage for recovery, specific impulse in vacuum and thrust / engine mass ratio) we cannot reach the 100 ton objective. Our computation gives 95 tons for a high ballistic coefficient shuttle, 85 for a shuttle with a reduced ballistic coefficient and a “delayed” return, and 82 for the same formula but with an “immediate” return. Reaching 100 tons, including for Mars at aphelion, with a faster transfer and taking more substantial margins for the structural sizing and the amounts of propellant would require further increase of the mass at takeoff and therefore of the number of motors.

Finally, taking into account an “immediate”return, hypothesis consistent with statements that present the project as offering a “business” prospect, leads to increasing the vehicle mass and reducing the payload mass as well as its volume since the tanks have to be bulkier. The ΔV effort reported to the Isp also reaches an unusual level, making the project vulnerable to uncertainties on the sizing assumptions.

This last point alone leads us to think that everything is probably not yet said or completed. Has SpaceX already got a secret weapon? We should learn more at the end of 2015.

Richard Heidmann, a space propulsion engineer, spent most of his career in the field of liquid rocket propulsion systems, within Snecma, holding various positions, including head of Quality control and Programs and commercial director. He was the founding president of the Mars Society French chapter.