5. How to ensure the functions of the colony?

Several reasons lead us to imagine that all these traffics will make a stopover in Mars orbit (probably highly elliptical and areosynchronous) and that the interplanetary ships will never land on and take off from the spaceport of the colony, but rather that cargo and passenger shuttles will make round trips between the Martian base and the parking orbit of these ships. 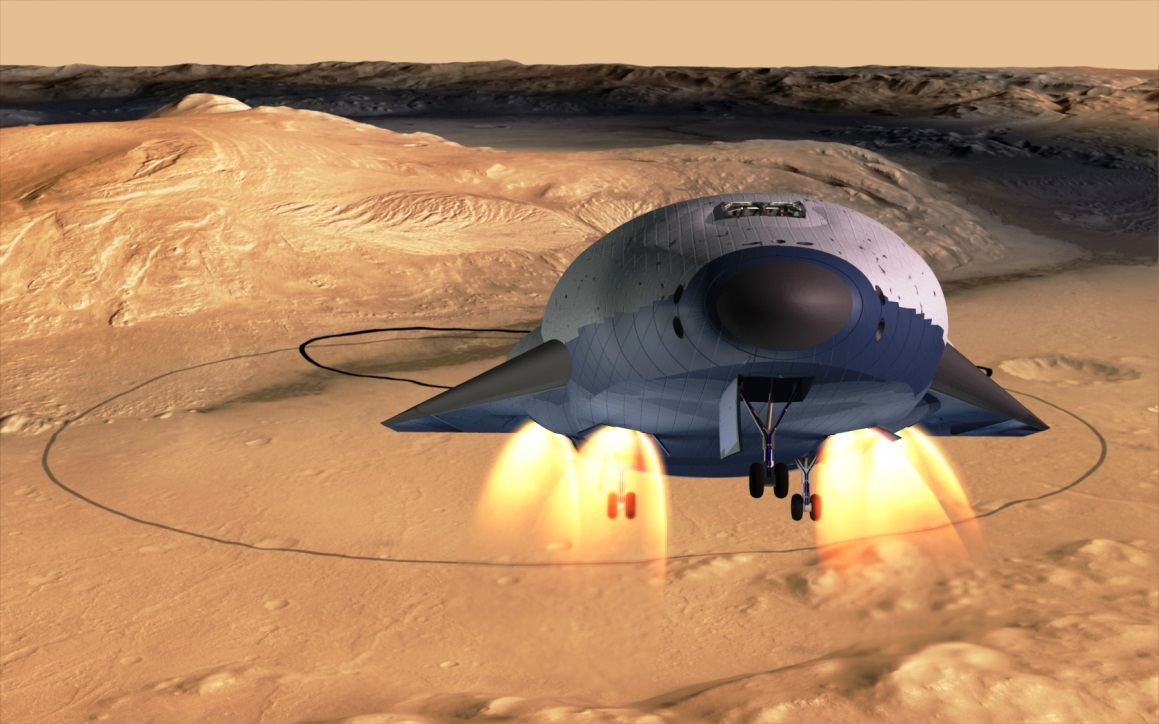 15 It is not unreasonable to imagine that the cargo ships of those days (propelled by high power electric engines) reach a capacity of 150 mT; the flux of 600 mT would correspond to a fleet of 4 shuttle ships (once every 26 months). Note that the exploration missions which are nowadays considered already provide for sending at least three times 50 mT each launch window.

On the basis of a payload equal to 50 mT for the “upward leg” and to 10 mT for the “downward leg” (resp. 25 passengers in both directions for “taxis”), the traffic imagined with Earth (see §4.1) should imply approximately 25 orbital shuttles flights by synodical revolution. Estimating that “commercial” traffic to space project construction sites or “logistics” traffic to Martian orbital stations would represent an equivalent volume, we get a total of 50 flights every 26 months. It is therefore possible to imagine that the spaceport of the colony be dedicated to the service of a fleet (a dozen?) of broad lifting body orbital shuttles in two versions: cargo and passengers. Given the low density of the atmosphere, these vehicles would necessarily be operated with vertical takeoff and landing, and with powered landing, which would waive building (and maintaining) long runways, but would necessarily compel to provide:

Conveying vessels or heavy equipment between these places and pressurized hangars for maintenance / preparation, far enough (1-2 km) from inhabited areas for safety reasons, must be ensured by carrier vehicles rolling on runways which should be consolidated too. Refueling with cryogenic propellants impose providing “bench foot” tanks that will be fed by tanker trucks commuting to and fro the fluids production center of the colony. The setting will therefore cover an extended ground area, with a network of runways to be kept clean.

On the surface of the planet, the settlers should have the possibility to use different types of vehicles: 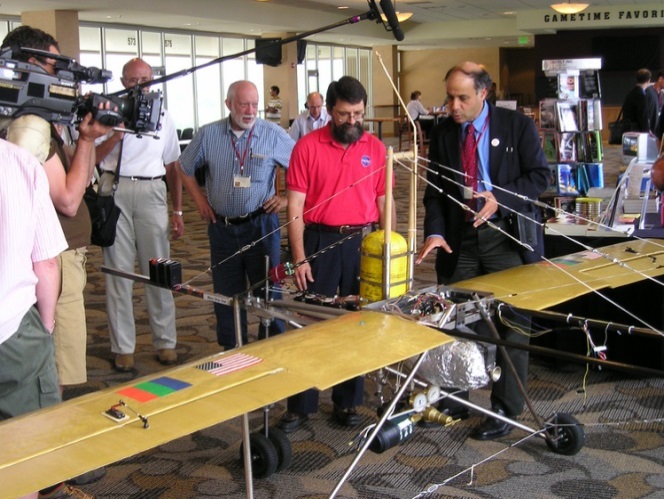 Heavy vehicles for transporting and handling, specific to construction sites and mining operations, will have to be added to these general purpose ones.

The colony will need communication means:

On account of the planet rotation, the presence of several relaying satellites is necessary to provide continuity in space communications. Transmissions between satellites (areostationary) and Earth (or other space destinations) are likely to use laser transmission techniques for overcoming the significant transmission distance handicap. Between surface and satellites, we may keep using radio waves, the episodic development of dust storms prohibiting in any event the use of laser.

Surface ​​communication between the colony, its auxiliary sites (mines, scientific stations), vehicles and residents having EVA, presents specific challenges related firstly to the roundness of the planet (the horizon is closer), and secondly to the absence of ionosphere, these two factors limiting the range of traditional radio means. Again, the use of satellites (stationary or, perhaps, moving) will be required. The implementation of these means will not present any specific difficulties.