4. Some data about needs

The most elaborate settlement project we could look at is that of the Mars Foundation (Mars Homestead Project). Although its scale (fifty residents) is unrelated to that of the colony we consider here, it is not either (no longer) a mere scientific basis but the embryo of what could be the kind of the experimental colony we are discussing here. In effect, right from the start, it is aiming at realizing a settlement as much as possible with local means and with an operating self-sufficiency of 90% (in terms of mass). The small population results from the assumption of a limited interplanetary transfer flux, passengers and cargo (12 passengers, 250 mT cargo per launch window); but the design allows a steady growth along the subsequent launch windows. The study provides interesting technical data, with figures on infrastructures, consumables, energy (electric and thermic).

Data on consumables and energy requirements are also provided in other studies; more precisely:

From these references and other projects, we can endeavor on getting a quantified assessment of the key needs, to get an idea of the scale of the resources to be deployed for operating a colony of 2,000 people as considered here.

Even assuming that a majority of settlers would have decided to permanently stay in their new world, we should rather reasonably expect an average stay of an order of about fifteen years, some of the volunteers “under contract” staying only until time comes for an economic return (18 months) or opting for a “service time” of a dozen years (far longer than service times on Earth for obvious reasons of travel cost). This hypothesis induces a flux between Earth and Mars (every 26 months), in a “cruising” mode, of 270 passengers per synodical revolution.

The flow created by the activities of the colony on infrastructures projects in the Earth vicinity or on Near-Earth Asteroids, will add up to the basic traffic of residents renewal. Most Martian services would deal with the delivery of fluids (water, propellant, oxygen …), of semi-products for the building of large space structures, or food, and would require the presence of only a very limited number of operators. We may imagine conversely that teams working on asteroids would more naturally come from the Martian colony than from Earth, taking into account the propulsive energy gain and time saving this would represent. However these teams, operating on highly robotic projects, would be limited in size and their flux being out of synchronization with the “seasonal” traffic between Earth and the Red Planet, we may assume that the latter will remain determining in terms of size of the Martian Astronautic infrastructure.

Regarding cargo missions, the Mars Homestead Project, in its 2007 version, gives a figure of 600 mT for the need of Earth equipment to establish the first core of its colony. According to the authors, this tonnage should allow equipping this core with machines, tools, building means and structural elements not producible in situ and necessary for the progressive development of the base. The corresponding cargo transfer capacity, available at the beginning of the period of establishment of the colony, could be increased during the program, if necessary, in order to reach the volume required for life and maintenance of the colony in a “cruise” regime, at the end of the construction program. But consistent assumptions show that probably this would not be necessary.

In fact, assuming an installation period of some twenty years, the total mass carried to Mars would reach about 6,000 mT. Assuming that the average rate of annual renewal of imported materials (spare parts and upgrades) would be 5%, a capacity of about 600 mT by synodical revolution would indeed match a total maintainable mass of 6,000 mT. A part of the tonnage actually transferred consisting of renewals and consumables, the useful mass accumulated on the planet will be however quite significantly lower, involving a transfer capacity of less than 600 mT. But the more the colony will grow, the more it will need consumables from Earth. 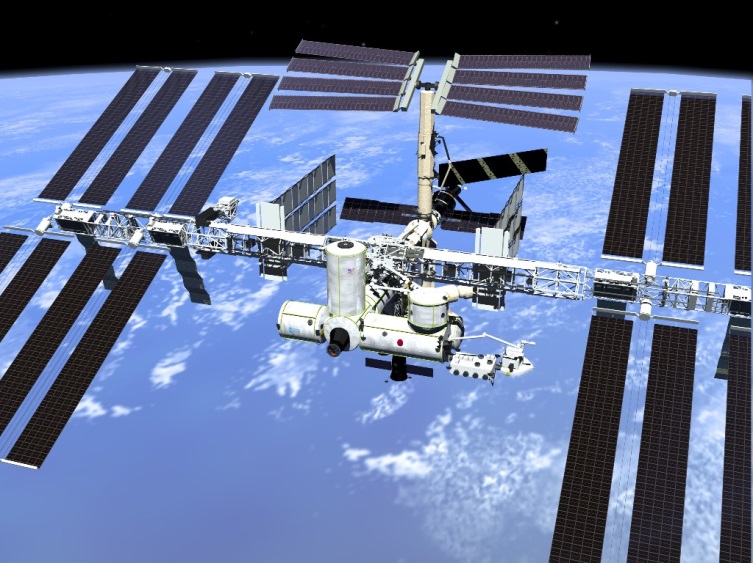 In space, generally speaking, getting abundant energy is essential. The success of space missions conducted so far could have hidden this evidence but in reality most of them have had their capacities limited, sometimes severely, by the scarcity of available power. This proves to be even truer for manned missions. Already the huge solar panels of the International Space Station demonstrate the importance of generating power in a space habitat. And NASA’s Moon base projects underline the importance that this function should take within the overall architecture.

The more the activities will expand and diversify, the higher the demand for energy will become. In a colony, as that we consider, this demand would come from the following functions:

A detailed technical study would allow quantifying each of these items, according to the size of the colony and to its services and commercial productions. We will here rather take an approach attempting a synthesis of different bibliographical sources, but for the energy to be provided to the habitats, for the fluids production and for the greenhouse operation, which will be directly assessed (see here-below and, with regards to fluids, §5.5).

The Mars Homestead Project provides data regarding minerals processing (drying ovens, crushers, chemical treatments…), building materials production and semi-finished products manufacturing (see §5.6 and 5.7). But since our project assumes a growth rate roughly 10 times faster (+200 settlers by synodical revolution versus +18), it is a priori safer to correct such estimates by a factor 10; we thus get:

Remarkably, most of the energy needs of the colony appear to be thermic, not only for the above items, but also for some fluid production items (water extracted by heating the soil) or for the heating of habitats. Many manufacturing processes require heating raw material, such as brick firing, ores dehydrating, steel or aluminum refining, glass or ceramics manufacturing, and so on). Note that the Homestead research establishes a relationship close to 3 to 8 between consumption of electric energy and consumption of thermic energy but it assumes that it would be possible to transport heat at a level of 1100°C between nuclear reactors and workshops users! This is certainly not realistic in most cases.

In any case, imprecision in this estimate is not essential since, as we will see, these values remain low relatively to greenhouse needs (assumed to be artificially lit and heated) and of the same order as each of the production items of the main fluids (water, hydrogen, oxygen, methane; see §5.5).

In the literature, we also find quantified overall assessments of electric power consumption for each inhabitant of a colony. Mars Homestead figure is 90kWe/p (for the early stage of 12 residents); at the intermediate stage of 150 people, we reach 45 kWe/p (Yoshi Ishikawa, AAS 90-251); Eventually, for much more advanced projects, Martin Fogg assesses the need to be 20 kWe/p. Decreasing in relation with the size of the base does make sense.

Concerning food crops, we will assume that greenhouses are artificially lit (see §5.4). Indeed, this solution is attractive for a small staffed colony because it would allow a much higher yield and better radiation sheltering for the cultures. However it would induce a major energy item: 100 MWe for 2000 settlers. For a real Martian civilization, significantly developed, the natural lighting option should prove more interesting because building larger and numerous greenhouses with local materials would be more interesting in terms of mass imported from Earth, than having to import a large number of nuclear generators.

Note that regardless of the logistics functioning of the colony, a large share of the energy consumption will depend on the “commercial” type of activities that it will develop: if these are oriented toward research and services in general, the required electrical power will be much less than if the main activity is, for example, extracting rare metals ores and shipping them to the Earth domain! The working group having not wished to address this broad and speculative prospect, we will assume that commercial activities will remain by nature and volume, compatible with the infrastructures developed for the establishment of the colony, especially in terms of energy supply.

Taking into account the following various factors: scale effect, possibility of providing some of the needs in thermic mode and conservative assumption regarding the consumption of “commercial” activities, we propose to take 30 kWe / settler as the estimate of the need for electric power, putting aside the lighting of greenhouses. This is the average value of the range found in literature. We will thus discard the low value of 20 kWe /settler estimated by Martin Fogg. This corresponds to 60 MWe continuously for the colony as a whole. This estimate will be validated when the power necessary for the various production activities (fluids, materials) has been assessed (cf. §5). With this value, we reach a grand total of 160 MWe.